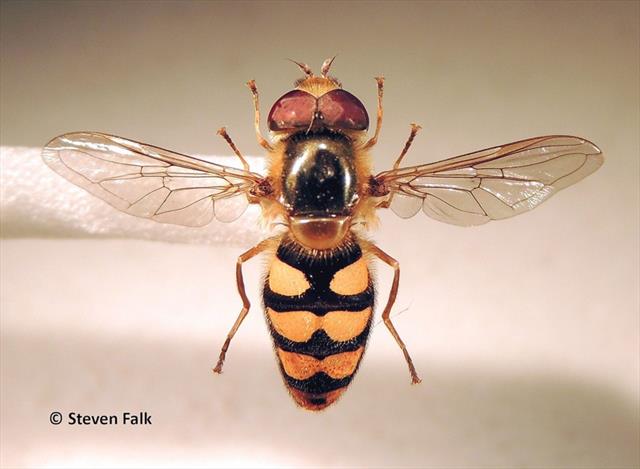 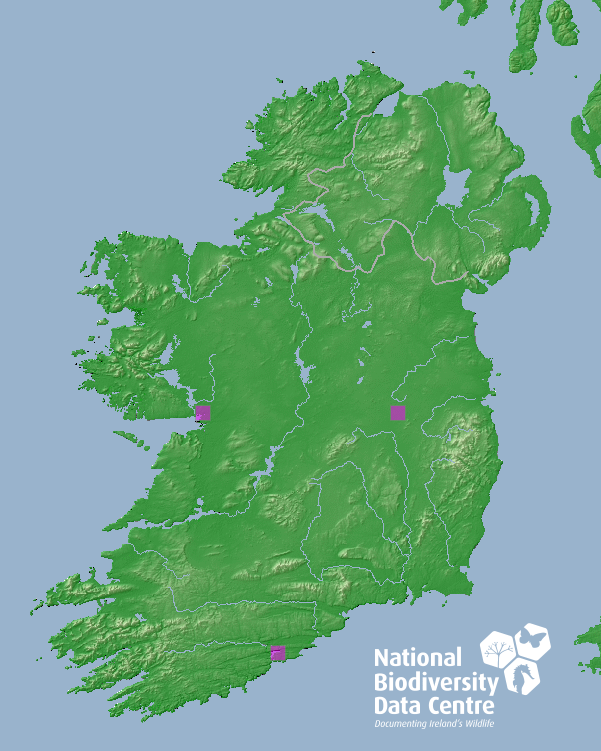 Forest/open ground; tall-herb open areas in alluvial softwood forest, Alnus incana alluvial hardwood forest and other types of humid forest where stands of Salix scrub are present (Speight et al, 2007). In Europe in general the habitat preferences of this species are not very precisely known. It is associated with open areas in humid deciduous forest where small Salix species are present and is also known from alluvial softwood forest. It's only known Irish locality is a drained valley bog where a mosaic of Salix and Betula scrub have invaded, interspersed with Molinia grassland and with wetter patches carrying Juncus and a few small pools carrying Typha. This area is immediately adjacent to a closed-canopy plantation of introduced Pinus sp.

The adult is fast-flying, and flies within 1-2 m of the ground surface.

May and July/August. Larva: not described.

Uncertain due to confusion with similar species like E. bucculatus until recently. Known from Finland, Sweden, Ireland, Britain and central Europe from Poland through Germany and Switzerland to the Czech Republic and Slovakia and on into European parts of Russia. Also recorded from the Pyrenees (France).

Added to the Irish list by Speight et al (2007). The Irish site is at the edge of a drained Midlands valley bog currently exploited for commercial peat extraction and is not obviously different from other scrub-invaded, part-drained valley bogs. There is thus no obvious reason why, in Ireland, E. goeldlini should be confined to this location. On the other hand, it has not been found on other such sites in Ireland and in continental Europe it appears to be a localised species that is nowhere frequent. On a precautionary basis it perhaps should be treated as threatened in Ireland until and unless records accumulate to demonstrate this is an inappropriate designation.