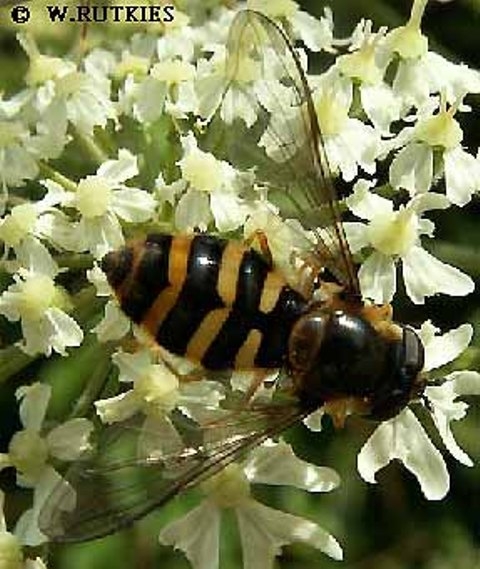 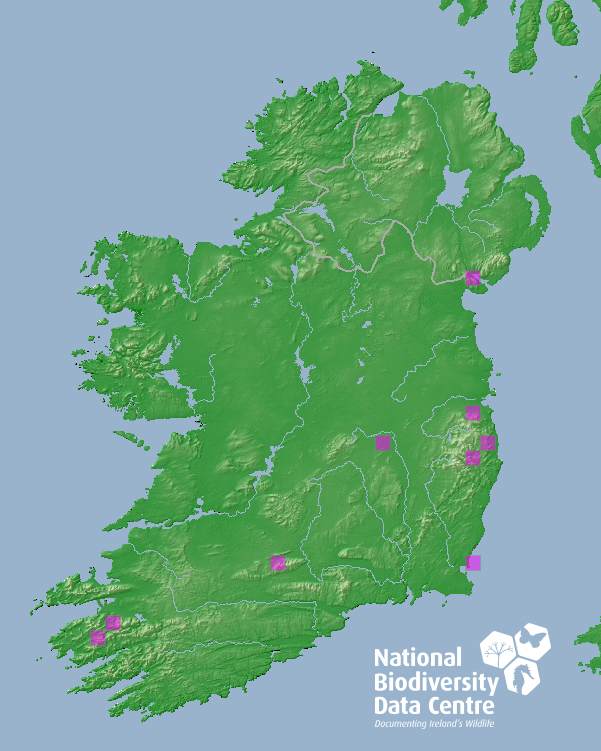 Conifer forest (Abies, Picea, humid Pinus) and plantations. M. erraticus is dependent upon aphids inhabiting coniferous trees and is found in Ireland in association with conifer plantations established for commercial forestry purposes. Its arrival in Ireland almost certainly postdates establishment of these plantations - it is a large, distinctive species not especially difficult to observe, collect or determine, and its absence from collections made in Ireland prior to the last quarter of the 20th century is difficult to explain otherwise. However, that is not to say that the first recorded occurrence in Ireland, in Wexford (Speight, 1976c), should be taken as demonstrating when and where it arrived in the island. In all probability it had been established here for some time prior to that. This species would seem to be highly anthropophilic in Ireland.

Clearings and tracksides etc. from the altitude of Fagus/Picea forest upwards into the conifer forest zone; males hover at 3 - 5m in dappled sunlight beneath the canopy in conifer forest; females are apparently primarily arboreal, descending to visit flowers.

May/July, with occasional specimens on through August into September, particularly at more northertly latitudes. Larva: described and figured by Dusek & Laska (1967) and Goeldlin (1974); recorded by Kula (1982) as overwintering among leaf litter on the floor of spruce (Picea) forest.

Fennoscandia south to the Pyrenees (becomes increasingly montane toward southern parts of its range); from Ireland eastwards through central Europe and the Alps (plus Apennines in Italy; northern parts of the former Yugoslavia) into European Russia and on through Siberia to the Pacific coast (Sakhalin and Kunashir islands); the Himalayas (Nepal, see Claussen and Weipert, 2003); in N America from Alaska to Mexico. It is widely distributed and frequent in conifer forest in Europe and elsewhere in the Palaearctic region and also widely distributed in the Nearctic.

Added to the Irish list by Speight (1976c), where it appears as Megasyrphus annulipes. A subsequent Irish record is published by Anderson (1987b). There may be few Irish records of this species but, given the high probability of its recent arrival in the island, it would be more reasonable to interpret the existing records as indicative of the extent to which the species has expanded its range here so far, than in any other way. On that basis, M. erraticus seems to now be well-established in Ireland, in the east and south of the island and its range expansion can be expected to continue. However, extensive survey of the syrphids of conifer plantations during 2001-5 did not demonstrate the presence of this species in either the centre or West of the island (T. Gittings, pers.comm.).