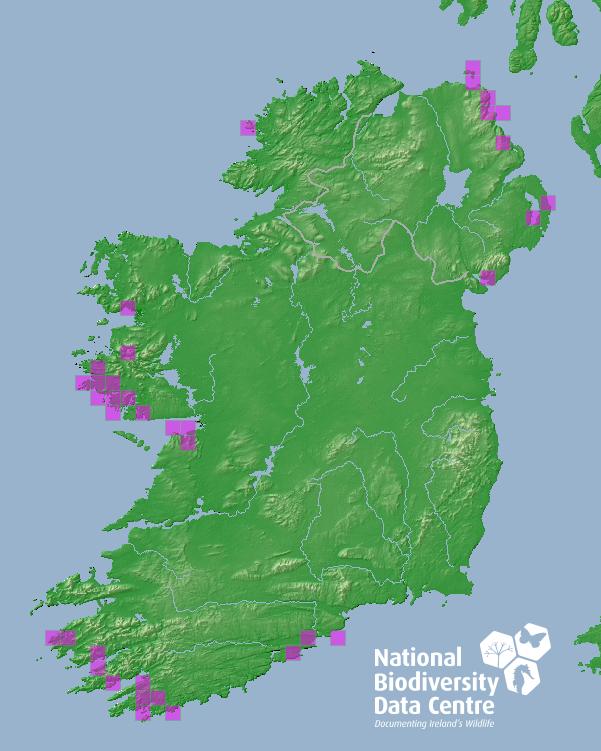 The identification of individual maërl bed forming species in the field may be fraught with difficulty as, depending on a range of environmental factors as well seasonality and growth stage, closely related species may look very dissimilar while more distantly related species may look very similar. With experience and knowledge of local factors identification to species level in the field may be possible. However de-calcifying and microscopical examination may be necessary, and in some cases examination under Scanning Electron Microscope may be recommended, in order to resolve samples to species level.

In British and Irish waters only tetrasporangial conceptacles are known. Tetraspores, as the name implies are spores produced in groups of four. Spore production occurs in enclosed 'conceptacles' or chambers which are located near the surface of the thallus with openings to allow the spores to be dispersed. Spores are presumed to be haploid, produced by meiosis.

It may be the case that at least in British and Irish waters that most reproduction for unattached plants is by vegetative propogation from fragments of branched thalli.

There are as yet no IUCN Red List assessments available at a national, European or global level as yet (see Conservation Status above).

'Maërl beds' appear on the OSPAR List of Threatened and / or Declining Species and Habitats. In Irish waters Phymatolithon calcareum is a major component of such maërl beds. The following threats identified in a Background Document prepared following the inclusion of 'Maërl beds' on the OSPAR list;

The E.U. funded BIOMAERL Project (1996-1999) listed a number of threats to Maërl beds . These included the following;

There are as yet no IUCN Red List assessments available at an Irish, European or global level as yet (see Conservation Status above).

The E.U. funded BIOMAERL Project (1996-1999) suggested a number of conservation measure that may go some way to reversing declines in Maërl bed conservation status. These included the following;

Most records are north west Eurpoean, centered mainly on Britain and Ireland , Norway and southern Sweden. Also records from Atlantic coasts of France and Portugal as well as Mediterranean coasts of France and Spain. There are scattered reports from the eastern and western seaboards of North America as well as western Australia.

Most records are from counties with Atlantic coastlines, principally Cork, Kerry, Galway and Donegal, but also on north east coast of Northern Ireland.

The National Biodiversity Data Centre is trying to improve our knowledge on the distribution of Common Maërl (Phymatolithon calcareum) in Ireland. Should you observe this species, please submit sightings to add to the database. Detailed observations will assist us in gaining a better insight into where the species is most abundant in Ireland and we might also be able to detect regional variations. Please submit any sightings and photographs at:

Phymatolithon calcareum is one of a number of species of calcified red seaweeds that contribute to the formation of extensive beds made up of dead and living thalli of these seaweeds. The species are collectively termed maërl. The sometimes extensive beds, which are intermingled with non-living substrate along with other biota, may be considered a habitat of a type. Although maërl beds are not specifically listed in Annex I of the Habitats Directive, which deals with habitats, inclusion of Phymatolithon calcareum and Lithothamnion corallioides in Annex V offers some degree of de facto protection to the habitat type.

Additionally the broader habitat type in which both maërl species and maërl beds occur coincide with habitat types listed in Annex I of the Habitats Directive.