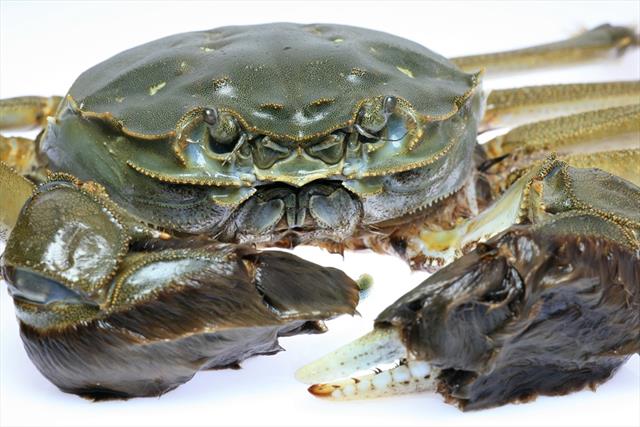 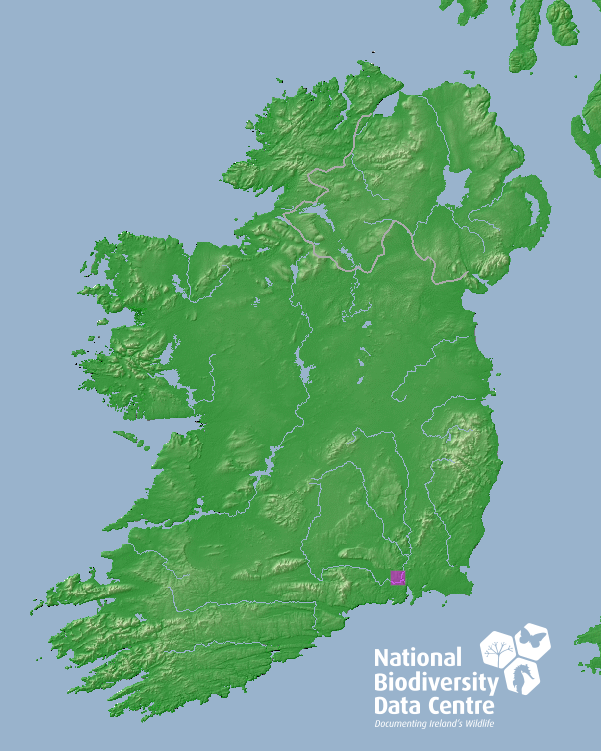 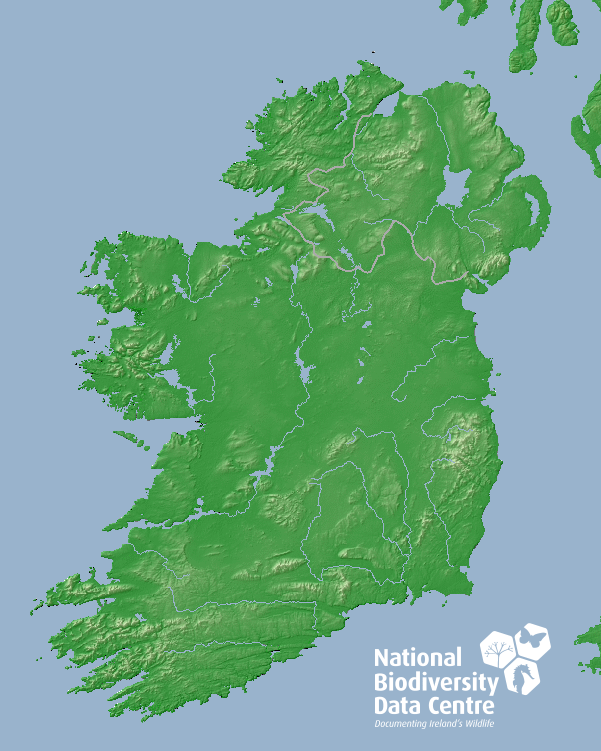 In the Great Britain risk assessment, which was used to support Union regulation listing of this species, the summary risk of impact is given as MAJOR but with a LOW level of confidence. See: https://circabc.europa.eu/sd/a/95cd1ad3-a893-4484-a2fd-e25710abb77d/Eriocheir%20sinensis%20-%20GBNNRA.pdf

The main distinguishing feature of this crab from others  is the mitten-like 'fur' on its two front claws. Legs are long and hairy.

It is a small crab with a carapace (main body shell )of about 5-7 cm across that is brownish to greenish in colour with 4 spines on either side and a notch between the eyes.

There are no  freshwater species of crab found in Ireland so it could not be confused with any crab in inland waters.

In the marine environment it is distinguishable from other marine crabs by the presence of dense, brown hairs on the claws.

It is an omnivorous predator that feeds on a wide variety of plants, invertebrates, fishes and detritus (Gollasch, 2009).

Larvae are found in estuarine and marine waters with juveniles migrating upstream, in some cases over 1,000km inland, before adults return to the sea to breed.

Adults migrating into marine environments to reproduce at 1 or 2 years of age. Populations appear to go through abundance cycles (Rudnick et al., 2003).

Most likely source of introduction is as larvae in ballast water or as adults on ship's hulls (Minchin, 2006), though it is possible they could be intentionally brought to Ireland from Britain as an aquarium or food species and accidentally or intentionally released.

Rapid post invasion spread of 448 km per year has been recorded in Britain (Herborg et al., 2005).

Eradication attempts usually meet with limited success (Gollasch, 2011) as it is present in high numbers, is widespread, has a high reproductive capacity and tolerates a wide range of physiological challenges (GSID, 2015).

Prevention is the best method of control (NNSS, 2011). Strict protocols in relation to the management of ship ballast water may help. Education of the general public about the ecological impacts of this crab may help to prevent further spread.

Fyke nets, used to catch eels, have been found to be effective in catching Eriocheir sinensis in the Thames river, London (NNSS, 2011).

Most of their life cycle is spent in freshwater environments and larger estuaries that have hard and soft bottom substrates. r Larvae are found in estuarine and marine waters with juveniles migrating upstream, in some cases over 1,000km inland, before adults returning to the sea to breed.

It has a 'tolerance to temperatures down to 0 degree Celsius, high salinity low oxygen conditions and air exposure for several hours' (Gollasch, 2009).

It can walk over land.

As there are no freshwater crabs in Ireland it cannot be confused with any inland water native species. It's furry 'mitten' claws will distinguish it from crabs in the estuarine and marine environments.

The 2006 and 2009 sightings, were first detected by  fishermen highlighting the valuable role of citizen scientists is early detection. In 2006,  Mr. James McCartan  reeled the crab in when when angling for cod in the winter. He photographed it and returned it to the water (not knowing what it was) but sent photographs to the authorities which triggered rapid response to catch specimens (J. McCartan, pers comm. 30th May 2020). In 2009, Chinese mitten crab were caught and reported by eel fishermen (A. Cullagh, pers comm.  2009).

Please report sightings of any type of crab found freshwater environments such as rivers and lakes.  If possible take a photograph or specimen to confirm its identity.

If you see or catch a crab with mitten-like furry front claws in an estuary or in the marine environment, please report it and if possible  take a photograph or specimen to confirm its identity.

If you come across this species in the live food trade, report it to National Parks and Wildlife Service.

Do not release it to Irish waters.

Once populations have established, trapping of crabs is not effective  at controlling crab numbers or in limiting damage to riverbanks from burrowing (Gollasch, 2009 & 2011).

Invasive Species Specialist Group (ISSG) of the SSC- Species Survival Commission of the IUCN -International Union for Conservation Nature list it  in 100 of the World's Invaders globally.

More detailed description of the life history and biology of Eriocheir sinensis in Dittel, A. I., & Epifanio, C. E. (2009). Invasion biology of the Chinese mitten crab Eriochier sinensis: A brief review. Journal of Experimental Marine Biology and Ecology, 374(2), 79-92.