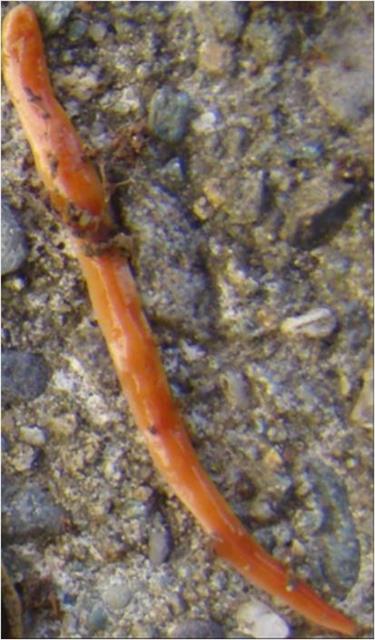 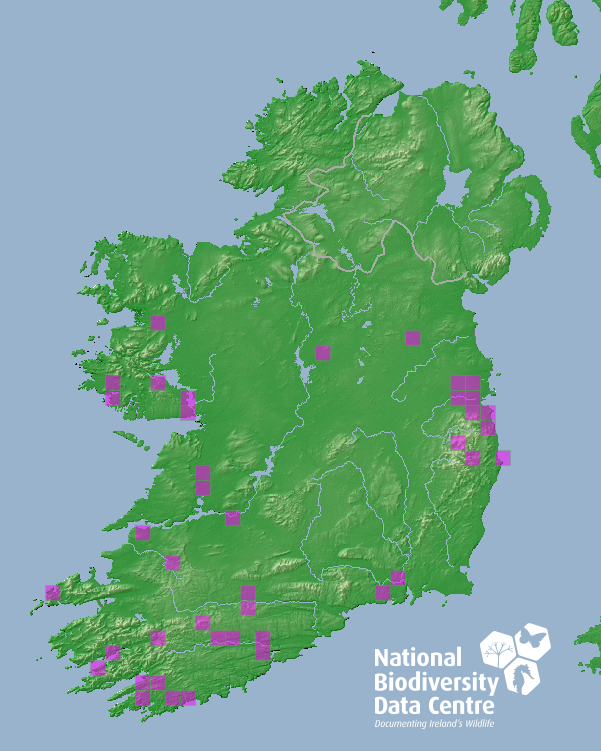 Small flatworm, pink or peach in colour with a pink head and pale yellow underside, 3-8mm wide, 4cm while moving, 2cm at rest, flattened or oval in cross section, two barrow pale grey lines running the length of the body close to the midline (Booy et al., 2015). Unlike New Zealand flatworm does not coil when at rest (Booy et al., 2015).

Has been shown to affect diversity and abundance of earthworm species in domestic gardens (Santoro & Jones, 2001), but the effects on a wider spatial scale are unknown.

First recorded in Ireland in the 1970s (Anderson, 1986), the exact timing and mechanism of its arrival is not known. However given the propensity of records in gardens and nurseries for various planarian (flatworm) species it is likely that this is the source of the introduction.

Found mainly in gardens and maintained grassland but this may be an artefact of recording effort than a true distribution.

Established - Occasional though locally abundant (McCarthy, 1993). Records for this species are currently scattered and sparse. This is likely an artefact of recording effort rather than a true distribution. If the distribution of flatworms found in the United Kingdom is indicative (Jones & Boag, 1995) this species would be expected to be more abundant in the south of the country than the north. However due to the nature of spread (contaminant in nursery material) it is likely occur throughout the country.

Santoro, G., & Jones, H. D. (2001). Comparison of the earthworm population of a garden infested with the Australian land flatworm (Australoplana sanguinea alba) with that of a non-infested garden. Pedobiologia, 45(4), 313-328.