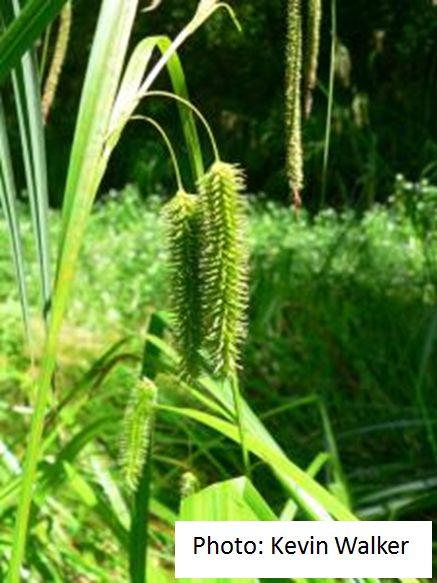 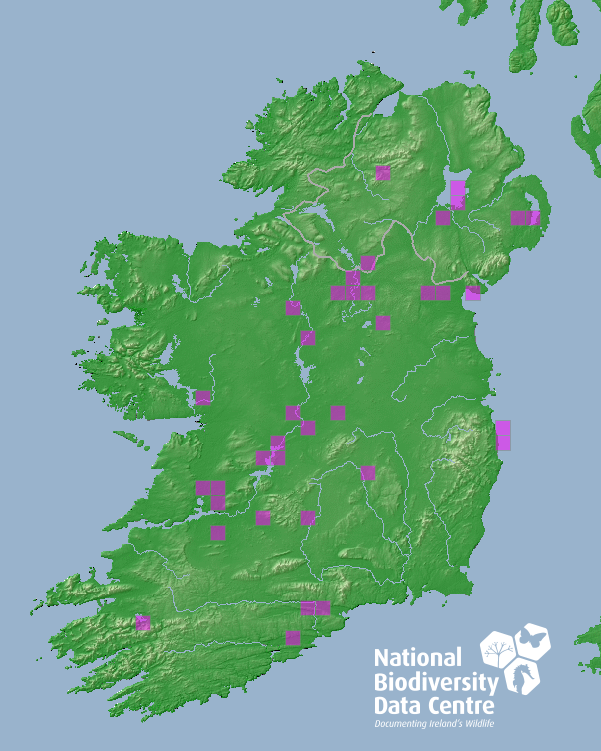 There are not only other sedges which may be confused with Cyperus sedge in these wet habitats but also lots of other plants which have green grass-like leaves. To be sure that you have found Cyperus sedge look for the three-sided stem, yellow green colour, pendulous bristly female spikes with single male spike and rough leaves. Compare with Greater pond sedge (C. riparia), Lesser pond sedge (C. acutiformis), Slender tufted sedge (C. acuta), and Tufted sedge (C. elata) none of which have all the above features.

Cyperus sedge grows in marshes, ditches and other damp places with slow flowing water, in lowland areas. It is often found in shady areas, with some bare soil/mud.

Cyperus sedge habitats are under threat of being lost due to improvement by drainage and other changes in use.

Cyperus sedge is very scattered and not common in Ireland.

If you have seen Cyperus sedge or any of the species in the Irish Species Project, please fill out a recording form. It can be downloaded here, and you can also download the guidance document for detailed instructions (both also available at http://www.bsbi.org.uk/ireland.html).