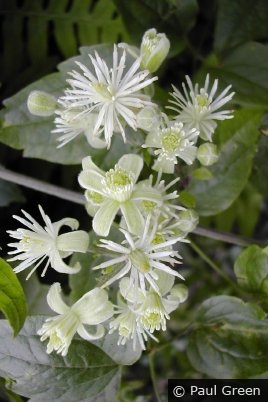 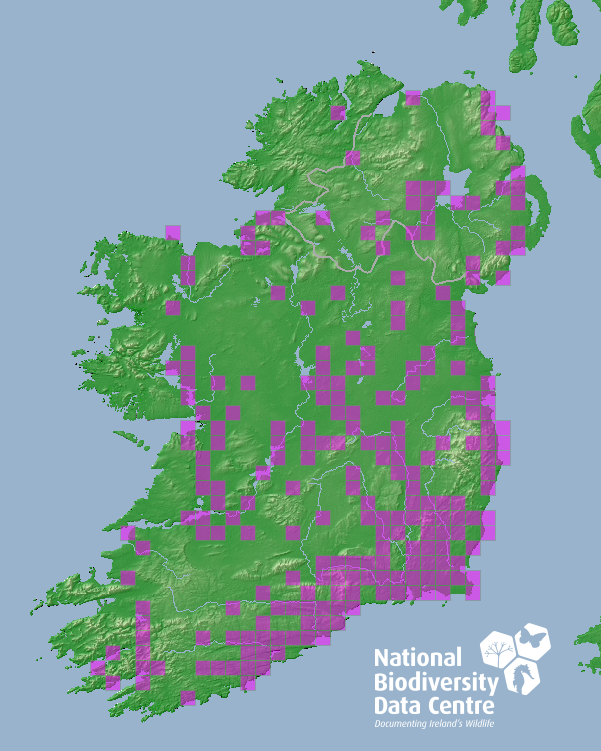 Generally appears to be more vigorous in its introduced range than in native regions. No impacts documented in Ireland but considered a serious pest in New Zealand and listed as a weed in North America. Described in Hill et al., (2001) "Vines can climb the tallest forest trees, forming a dense, light-absorbing canopy that suppresses all vegetation beneath it. C. vitalba can be so vigorous that the weight of foliage and stems breaks the supporting trees, reducing once-healthy forest to a low, long-lived thicket of vines scrambling over stumps and log". Currently the subject of biocontrol programs in New Zealand (Ogle et al., 2000).

Established - Widespread & Common. Naturalised in hedgerows and on roadsides (Reynolds, 2002).

Native to Europe, including Britain, and parts of Asia, including Georgia, Iran and Syria, introduced into New Zealand, Australia and North America (Ogle et al., 2000).

Hill, R. L., Wittenberg, R., & Gourlay, A. H. (2001). Biology and host range of Phytomyza vitalbae and its establishment for the biological control of Clematis vitalba in New Zealand. Biocontrol Science and Technology, 11(4), 459-473.