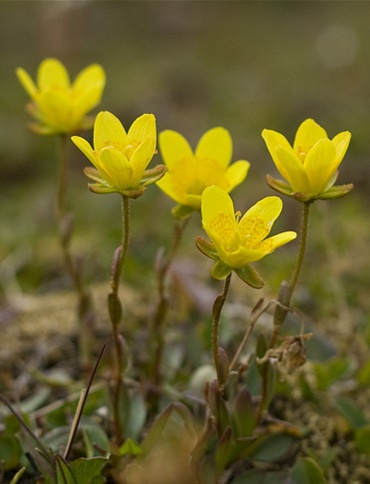 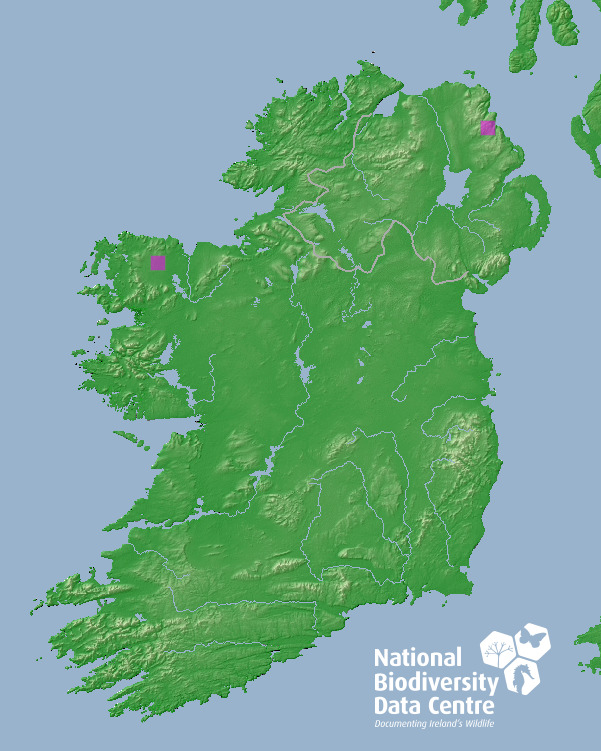 Sepals are free, and turn down after flowering. Petals are free, entire and bright yellow often with many small orange spots. Flowers to c. 25mm often solitary and usually less than four.

The species can occur in a variety of wet, mineral rich habitats, however in Ireland due to its very local occurence it invariably inhabits mineral rich flushes on blanket bog (PB2, PB3).

Due to it's low growing stature it can be out-competed in taller vegetation.

Threats identified in the Article 17 reporting document accord to a large extent with those Threats identified at a European Level for the species in the IUCN Red List  Version 2014.02. In that listing additional threat were identified;

In the Article 17 Habitats Directive reporting for the period 2007-2012 no Conservation Measure were outlined other than;

There have been studies on the conservation biology, and genetic monitoring of Saxifraga hirculus on the island by Irish and U.K. researchers since 2010.

Widespread distribution worldwide although some population declines have occurred within Europe. Generally associated with more northern territories. Alaska, Canada and Scandinavia along with small pockets distributed throughout Asia.

Marsh Saxifrage is limited to Co. Mayo in the West of Ireland and Antrim in the North East. Sites in the midlands have been lost due to exploitation of the bog system and drainage.

The National Biodiversity Data Centre is trying to improve our knowledge on the distribution of the Marsh Saxifrage (Saxifraga hirculus) in Ireland. Should you observe the species, please submit sighting to add to the database. Detailed observations will assist us gaining a better insight into where the species is most abundant in Ireland and we might also be able to detect regional variations. Please submit any sightings and photographs at: