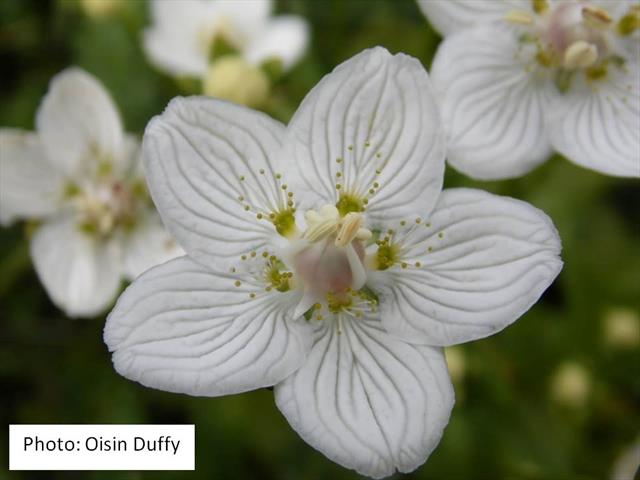 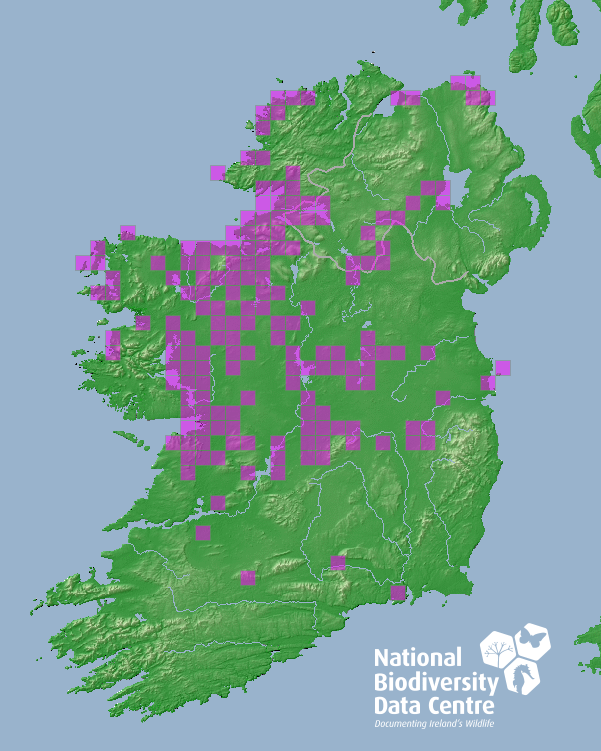 There are no other closely related species in Ireland.

Grass of Parnassus is not easily confused with other species in damp grassland. Its key identifying feature is the non-fertile fan shaped stigmas. Check the basal heart-shaped leaves and single sessile stem leaf to separate Grass of Parnassus from other white flowers.

Grass of Parnassus grows in damp grassland and habitats such as dune-slacks, fens, lake shores and mountain cliffs.

In parts of the west and midlands of Ireland Grass of Parnassus is locally common, but it is much less so in other parts of the country, with apparent losses in the south midlands.

Habitats are under threat of being lost due to land abandonment, agricultural improvement and drainage.

If you have seen Grass of Parnassus or any of the species in the Irish Species Project, please fill out a recording form. It can be downloaded here, and you can also download the guidance document for detailed instructions (both also available at http://www.bsbi.org.uk/ireland.html).