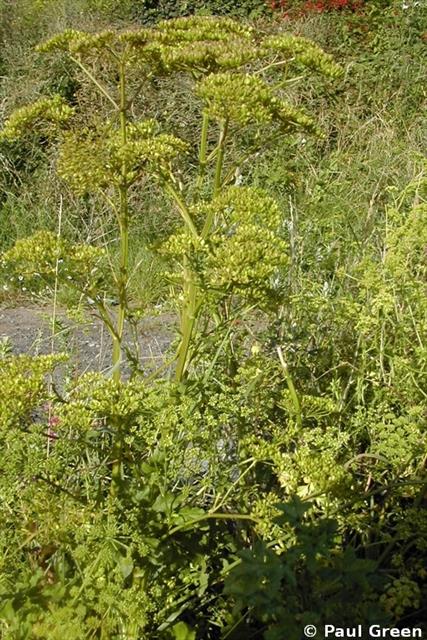 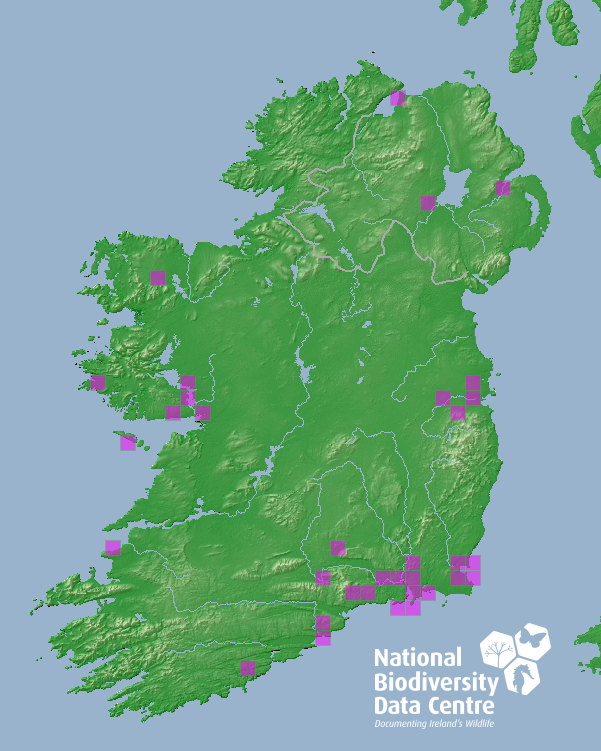 'Wild parsnip', above ground plant consists of an upright rosette for 1 or more years before producing a flowering stalk terminating in a yellow umbrel, difficult to distinguish from cultivated parsnip (Stace, 1997).

Effects on native biota not widely studied. Causes phytophotodermatitis (blistering and burning of the skin in the presence of sunlight) in humans and livestock (Averill & DiTommaso, 2007), and has the potential to be a public health nuisance if populations expand.

A wild parsnip population in Illinois produced an average of 1.9 g of seed per plant ( Zangerl & Berenbaum, 1997). Does not reproduce vegetatively (Hendrix & Trapp, 1992).

Primarily found on waste ground but also as a weed in agricultural fields (Reynolds, 2002).

Occasional - Occasionally present though established locally (Reynolds, 2002), though distribution may be an artefact of recording effort.

Certainly native to Europe but some confusion as to extent of its range due to taxonomic confusion surrounding species, long history of cultivation and historical confusion with carrots (Averill & DiTommaso, 2007).

Introduced and can be persistant where it occurs. It is known to be in Dublin for over 200 years but also has been introduced to some roadside verges via wild flower seed mixtures in recent times. It is the CWR of the cultivated parsnip.