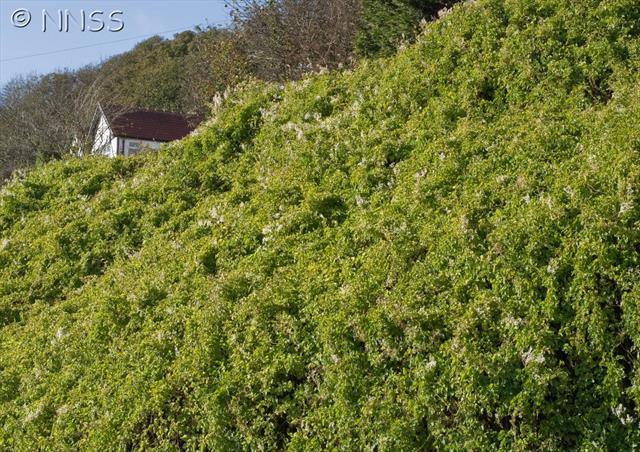 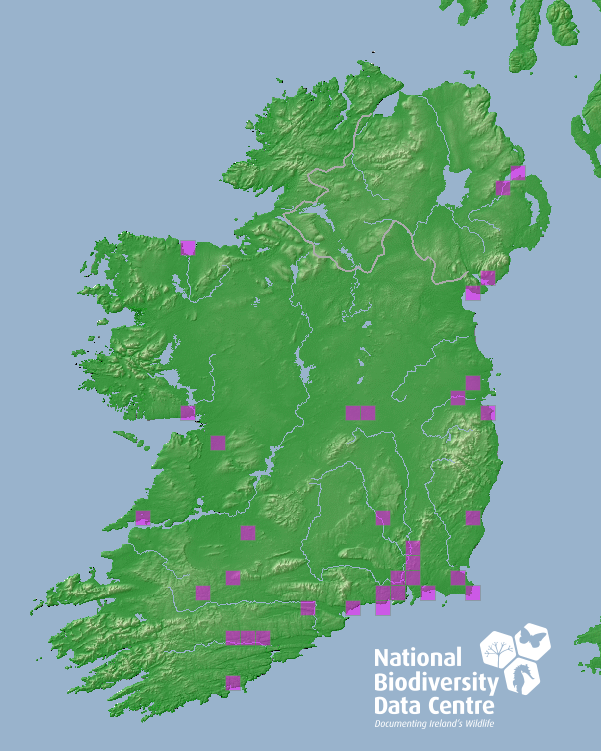 No studies to date are available on the ecology or impacts of Fallopia baldshuanica in its introduced range. Has the potential to outcompete native plants by vigorous growth (Booy et al., 2015).

Popular garden plant, still sold in Ireland under the synonym Fallopia aubertii and Polygonum aubertii. Used as a hedging plant introduced into the wild by spreading from plantings or through garden discards (Reynolds, 2002).

Established - Widespread but localised. Rare but persistent or established in hedgerows spreading from plantings or discards (Reynolds, 2002). Distribution may be an artefact of recording effort.

Report any sightings to the National Biodiversity Data Centre. Do not buy or plant this species in your garden. Dispose of garden waste responsibly.