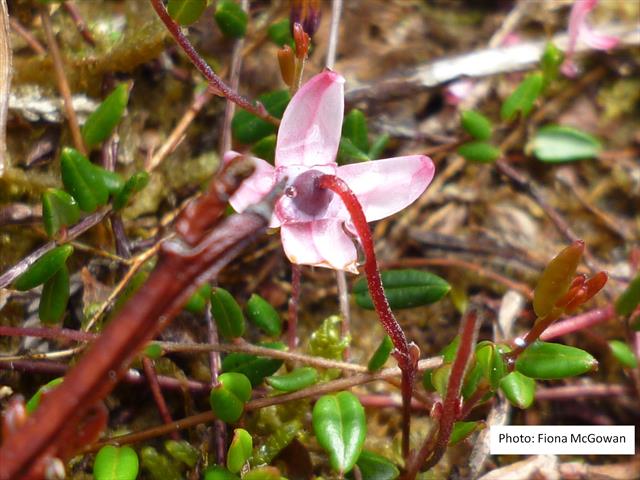 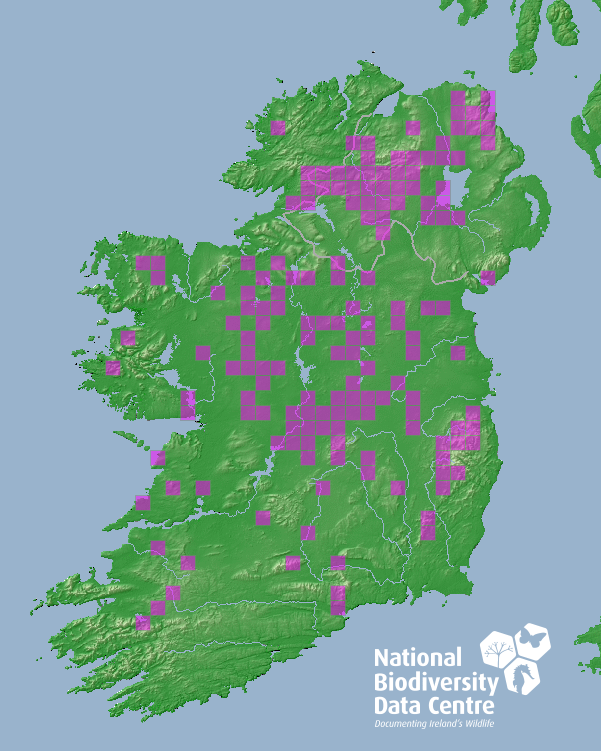 Cowberry (Vacinnium vitis-idaea) is a rare close relative of Cranberry, but it has larger leaves 15-20mm long and downy young stems. Bog Rosemary’s (Andromeda polifolia) larger branches and longer leaves may also possibly be confused with those of Cranberry in the absences of a flower or fruits.

Cranberry grows on wet acid sphagnum bogs. It is locally frequent in the centre and north of Ireland where raised bogs occur but much rarer elsewhere.

These habitats are under threat of being lost due to drainage and turf cutting.

If you have seen Cranberry or any of the species in the Irish Species Project, please download the guidance document for detailed instructions and the recording form where you can tell us about the plants you’ve seen (also available at http://www.bsbi.org.uk/ireland.html).