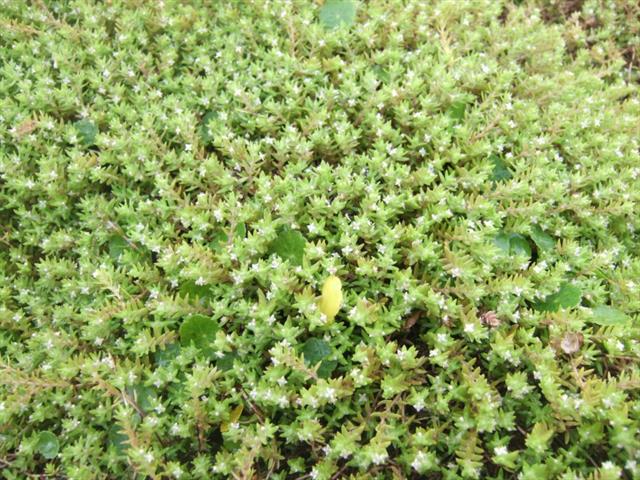 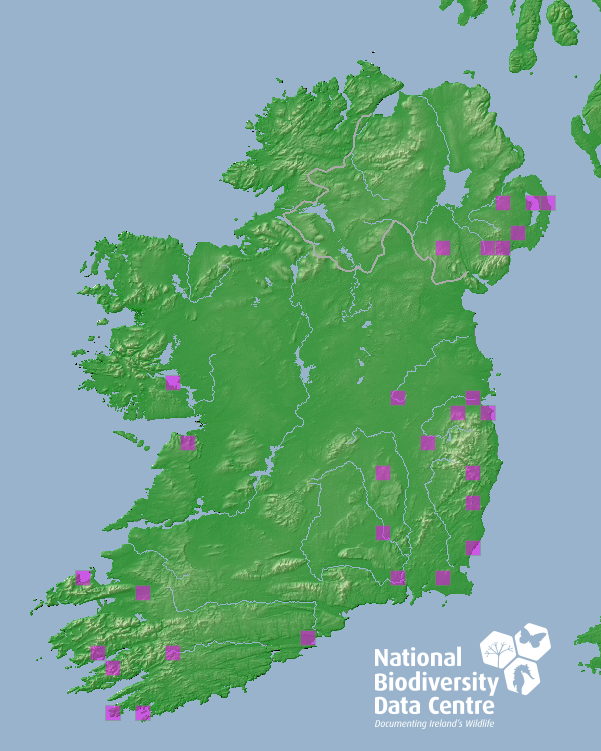 "Crassula helmsii is a small succulent flowering perennial that grows rapidly to form an extensive lush-green ‘carpet’ that floats on freshwater or may be submerged. Growth can extend from margins of sheltered waterbodies to completely cover the water surface with tangles of stems and shoots. The stems are rather rigisd and round with leaves up to 2cm long and arranged on the stem in opposite pairs. The base of the leaves are joined around the stem to form a c'collar'. The leaves are fleshy when emergent and less fleshy and flat when permanently submerged. It has very small white flowers with four petals that are produced in summer on long stalks arising from the upper leaf axils. Petals are slightly longer than the sepals, and the flowers are always above water. Fruits are follicles containing 2–5 elliptical and smooth seeds about 0.5 mm long" (Minchin, 2009).

Crassula helmsii forms dense mats that smother other vegetation and may cause changes to the pelagic communities in lakes and it is extremely costly to control (Minchin, 2009; Stokes et al., 2009). However there are few empirical studies on the exact effects of Crassula helmsii on lotic communities. It has been shown to have significant effects on germination rates of pond plants, supressing them by up to 83%, though the seed banks appeared to be unaffected (Langdon et al., 2004) suggesting if removal was successful regenerations of plant communities could take place.

Can fully regenerate from stem and leaf fragments attached to a single within 3 weeks (Hussner, 2009), which allows the plant to spread rapidly by vegetative means.

Imported for trade in Ireland and sold as a pond plant and ornamental (Reynolds, 2002). Further distributed in Ireland through movement of leisure craft and angling equipment.

Report any sightings to the National Biodiversity Data Centre. Obey good biosecurity practices: Check and clean leisure craft when moving from areas containing Crassula helmsii to uninfected river systems; disinfect, and when possible allow to dry, fishing/angling equipment; disinfect boats when moving from one river catchment to another or upstream within river systems.

Delivering Alien Invasive Species In Europe (DAISIE) project Crassula helmsii this as one of the 100 Worst Invaders in Europe.