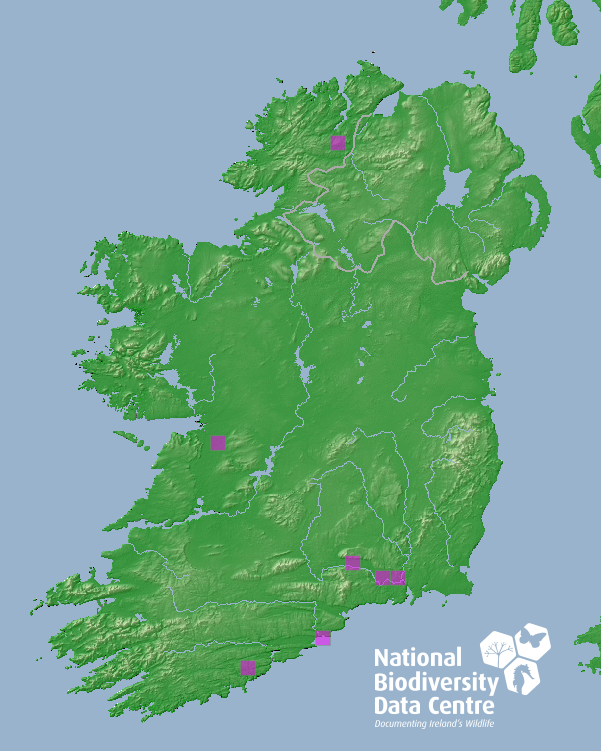 Deciduous shrub up to 2m in height, leaves 1-3cm obovate (ovate with the narrower end at the base) and green to purple, flowers yellow and red up to 20mm, fruit bright red (Stace, 1997).

To date there are no impacts recorded for this species in Ireland due to its limited distribution. However in the United States it has become a major pest species in deciduous woodlands, forming dense thickets and smothering native vegetation (Ehrenfeld, 1997). The plant is not browsed by deer in the United States, so control once established is costly as Berberis control needs to be accompanied by deer culls in order to be allow the regrowth of native vegetation (Dávalos et al., 2015).

Woodland, forest and other wooded land; Grasslands and landscapes dominated by forbs, mosses or lichens; Constructed, industrial or other artificial habitats

Widely sold as an ornamental plant and as an alternative to Berberis vulgaris.

Established - Rare/Localised. Only records to date are from Co Waterford though this may be an artefact of recording effort. Sold widely as an ornamental so likely under recorded