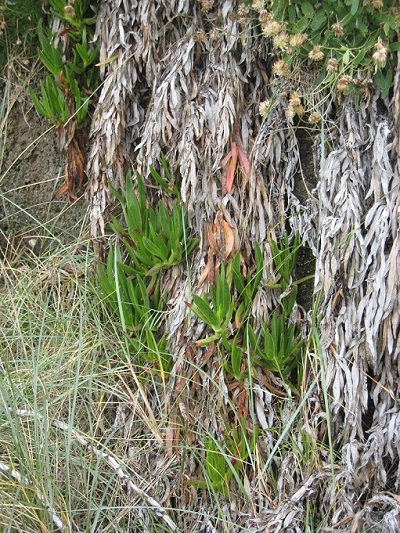 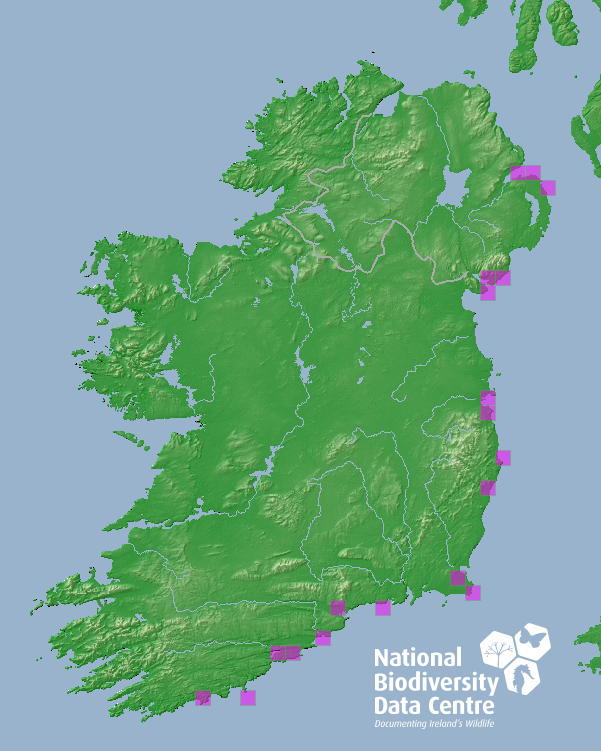 Excerpt from overall conclusion summary:  The timely management of this species in Ireland before it has had any appreciable impact on threatened plant taxa prevents a clear understanding of its potential impact in Ireland. That said, there is no doubt that the comparable situation in the south-west of Britain (Lizard Peninsula) has long passed the point at which an eradication programme, even though desirable, is now feasible.

This is a succulent trailing evergreen, perennial that roots at the nodes, leaves are opposite and distinctively 3 angled and triangular in cross section (Booy et al., 2015) Flowers are large (8-10cm in diameter) and can be yellow or pinkish-purple and have numerous petals and stamens, only opening in the afternoon (Booy et al., 2015).

Can form extensive, dense mats that overgrow and outcompete native vegetation (Kelly & Maguire, 2009), as well as decreasing soil pH while increasing nitrogen and organic carbon content which may impact, both on species present and affect restoration of habitats after removal of C. edulis (Delipetrou, 2009; Kelly & Maguire, 2009). Despite establishing at a number of sites a 2011 project by the National Botanic Gardens achieved a 97% kill rate of the plant and native vegetation is being restored to the sites (O'Rourke & Lysaght, 2014).

C. edulis is completely self fertile and slightly agamospermic (seeds are produced from unfertilised ovules) (Sueh et al., 2004). While seeds generally remain within 10m of the parent plant they are dispersed by a wide variety of consumers and viable seeds have been recorded up to 1km away from parent plants in deer faeces in the United States (D'Antonio, 1990). Ungerminated seeds remain viable for at least two years (D'Antonio, 1990). For a detailed account of reproduction in Carpobrotus spp. see (Suehset al., 2004a) & (Suehs et al., 2004b).

Initially introduced as an ornamental garden plant and for use in dune stabilisation (Kelly and Maguire, 2009). Common garden plant so there is potential for numerous secondary introductions though this may be unlikely due to the increasing awareness of the dangers of this and other invasive species.

Largely confined to coastal cliffs it has the potential to invade disturbed ground (Reynolds, 2002), it is also cultivated as a garden plant in Ireland but occurs in a wide variety of habitats elsewhere in its invasive range (Delipetrou, 2009).

Established - Localised. The species has a relatively restricted and localised distribution along the east, and south coastline; often abundant on coastal cliffs, rocks and sand, where it competes with native vegetation (Kelly & Maguire, 2009; Reynolds, 2002).

Native to the Cape Province of the Republic of South Africa but introduced widely elsewhere including North America, New Zealand, Australia and most of Mediterranean Europe (Delipetrou, 2009).

The Delivering Alien Invasive Species In Europe (DAISIE) project list the Hottentot fig as one of the 100 Worst Invaders in Europe.