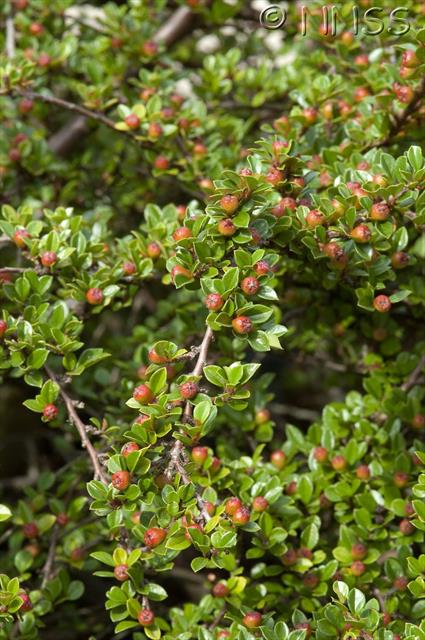 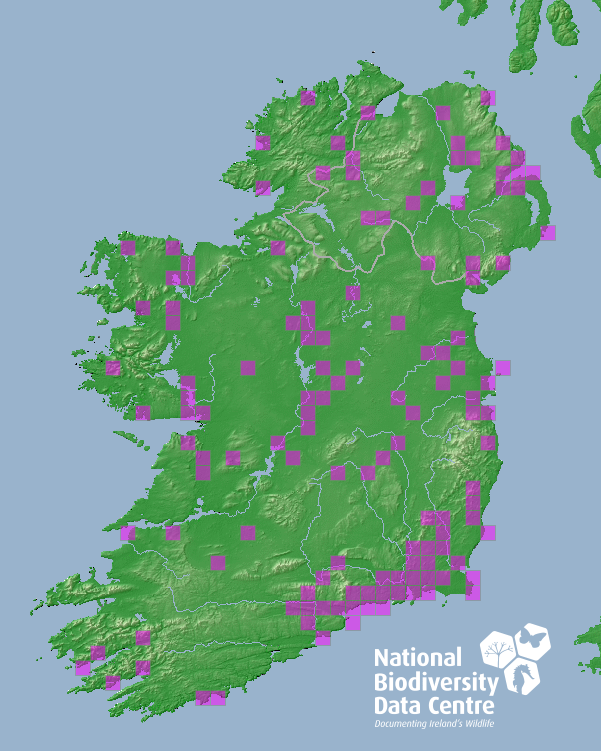 Deciduous, low growing shrubs, typically with characteristic bright orange-red fruit and pink flowers (Booy et al.,2015). A number of Cotoneaster spp are present in Ireland and are difficult to distinguish without looking at leaves, fruit and flowers, though C. horizontalis is one of the only species in which the underside of the leaf is relatively hairless(Booy et al.,2015).

Seeds are highly attractive to and dispersed by blackbirds and other thrushes (Crofts & Jefferson, 1999).

Popular as a hedging plant it has been present in Ireland since the 1960s but recent increase in distribution and abundance may be due to recording effort (Reynolds, 2002). Spread within Ireland is likely to be human mediated (i.e. deliberate movement of the plant to areas) and through birds transporting seeds.

Typically found in urban environments due to their use as a hedging plant, potential to spread widely in limestone regions like the Burren (Booy et al.,2015). Also occurs in calcareous grasslands (Crofts &Jefferson, 1999).