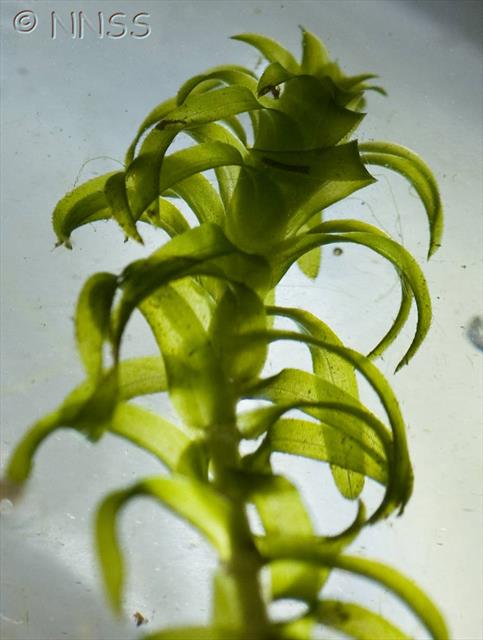 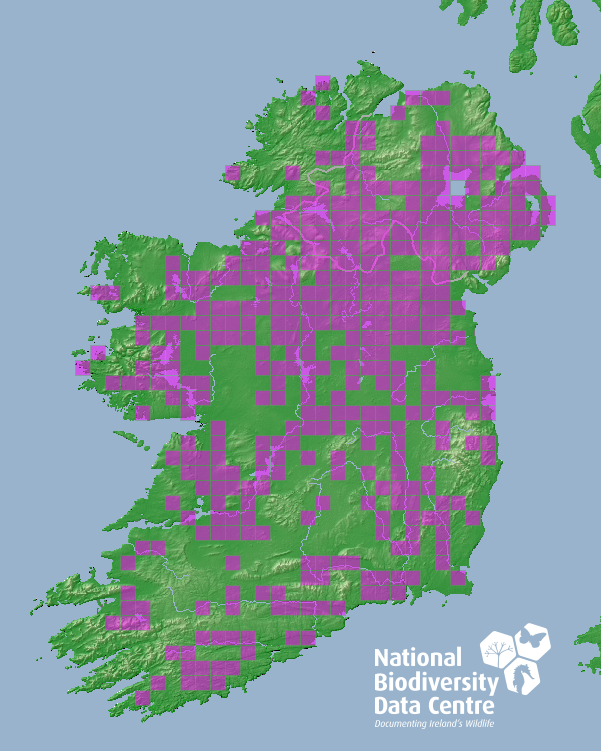 Overall risk of this species to Ireland is categorised as: MINOR with a HIGH level of confidence.

Overall conclusion summary: As Elodea canadensis is now now rarely a problematic organism within the water bodies in Ireland, it is unlikely to cause any further negative impacts except under certain circumstances (e.g. in localised parts of disturbed, artificial or newly introduced habitats).

Submerged, aquatic plant, anchored in the substrate. Stems long, branched and up to 3m long, leaves minutely serrated and in whorls of 3, leaves wider than E. nuttalli (Stace, 1997).

Has gone through a pattern of colonisation and then rapid expansion, during which time the plant formed dense mats and was problematic, before declining and naturalising (Simpson, 1984). While in part it was displaced by Elodea nuttalli (Simpson, 1984) and possibly other invasive aquatic plants, this pattern of invasion may be typical of this plant across both its invaded and native range (Simberloff & Gibbons, 1994). However while it currently has no negative impacts on native fauna, alterations to the native biotic communities may have occurred during the expansion phase that were not documented at the time, similar to those observed currently in E. nuttalli (Kelly et al., 2015).

All reproduction in Elodea spp in the British Isles is through vegetative means, as only female plants are present (Simpson. 1984).

Elodea canadensis is sold as an oxygenator/ornamental weed and kept in artificial watercourses, garden ponds and aquaria, from where it is introduced into the wild, either accidentally through flooding or waterfowl or deliberately by dumping of plant material into water courses (Millane & Caffrey, 2014).

Established - Common. Found through out the country, formerly highly abundant and over growing areas, has since been naturalised (Millane & Caffrey, 2014). This is similar to the pattern of spread in Britain (Simpson, 1984) and this pattern of colonisation, rapid expansion and then gradual decline and possible local extinction appears to be repeated across its introduced range (Simberloff & Gibbons, 2004).