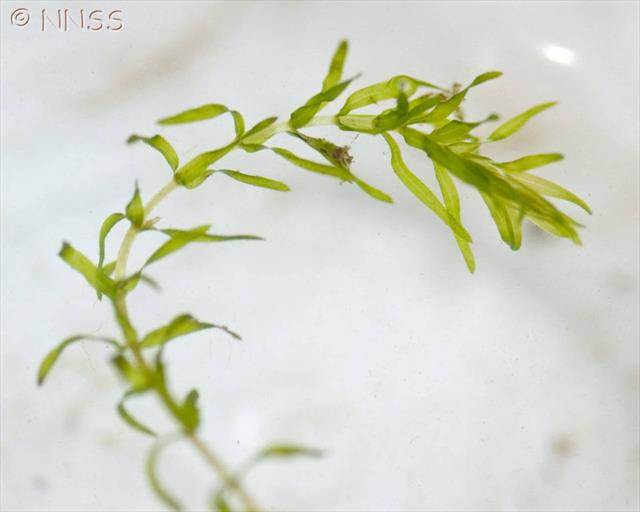 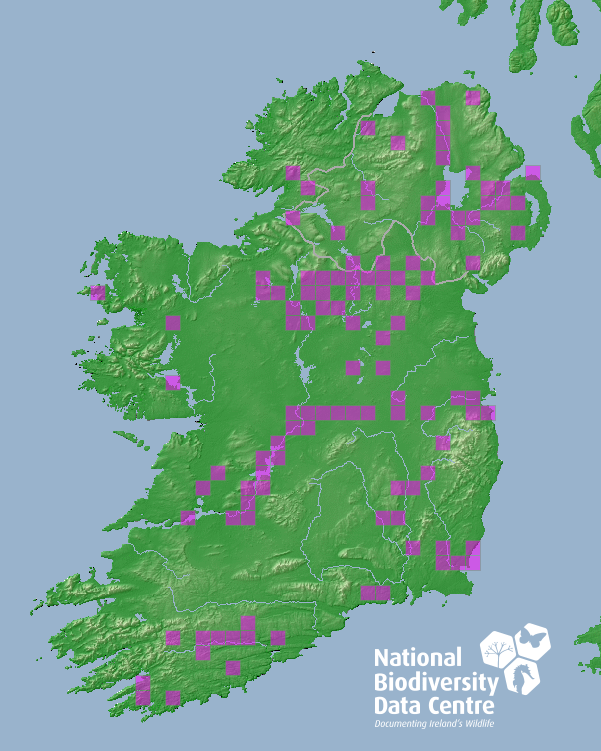 Overall conclusion summary:  This non-native species continues to pose a major risk to native biodiversity, native ecosystems and conservation goals as well as having the potential to cause negative socio-economic impacts in slow-flowing or still waters due to its capacity to spread rapidly and establish dense infestations.

Submerged, aquatic plant, anchored in the substrate. Stems long, branched and up to 3m long, leaves minutely serrated and in whorls of 3-4, leaves narrower and more acute than E. candensis (Stace, 1997).

Elodea nuttalli may follow the same pattern of colonisation, rapid expansion and decline and naturalisation as its conspecific Elodea candensis, (Simberloff & Gibbons, 2004; Simpson, 1984), though this pattern was in part due to E. nuttalli displacing E. canadensis (Simpson, 1984). E. nuttalli changes the composition of freshwater systems by shifting the systems towards a more macrophyte (aquatic plants large enough to be seen with the naked eye) dominated community, by increasing the cover of floating plants (Kelly et al., 2015). E. nuttalli has lower richness of algal periphyton (a mixture of algal, cyanobacteria and small plants that grow on larger plants and algae), and changes the composition of the macroinvertebrate community, though not the species richness or abundance (Kelly et al., 2015). A key concern is the negative correlation between E. nuttalli cover and that of charophytes as many of the species are rare or endangered (Kelly et al., 2015).

All reproduction in Elodea spp in the British Isles is through vegetative means, as only female plants are present (Simpson. 1984).

Elodea nuttallii is sold as an oxygenator/ornamental weed and kept in artificial watercourses, garden ponds and aquaria, from where it is introduced into the wild, either accidentally through flooding or waterfowl or deliberately by dumping of plant material into water courses (Millane & Caffrey, 2014).

Hand-picking is the most effective method for small infestations (<1m²) provided all rhizoids are removed (CAISIE, 2013).

For large areas (>1000m²) best practice for control is to use cutting boats in conjunction with a containment net to capture any floating fragments (CAISIE, 2013). Newman and Duenas (2010) recommend this work should be carried out before July.

Benthic barriers (jute mats) can be used for control of infestations from 1 – 1000m² (CAISIE, 2013). Using jute mats rather than plastic sheeting has the advantage of allowing the germination of the seeds of native plant species (Caffrey, 2010). For stands in shallower water (<1m) a double layer of matting is more effective (CAISIE, 2013).

The use of dyes can be successful in static waters provided they are applied before the plant starts to grow in the Spring (Newman & Duenas, 2010).

For control of E. nuttallii best practice is at least annual monitoring of sites for regrowth (CAISIE, 2013).

Established - Widespread. Locally abundant, forming thick mats (Millane & Caffrey, 2014). Displaced Elodea canadensis in parts of its range (Simpson, 1984) and may be undertaking a similar pattern of invasion (colonisation, rapid expansion, decline), though this remains to be seen.