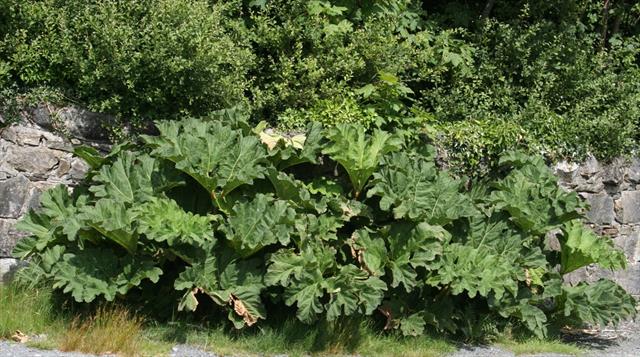 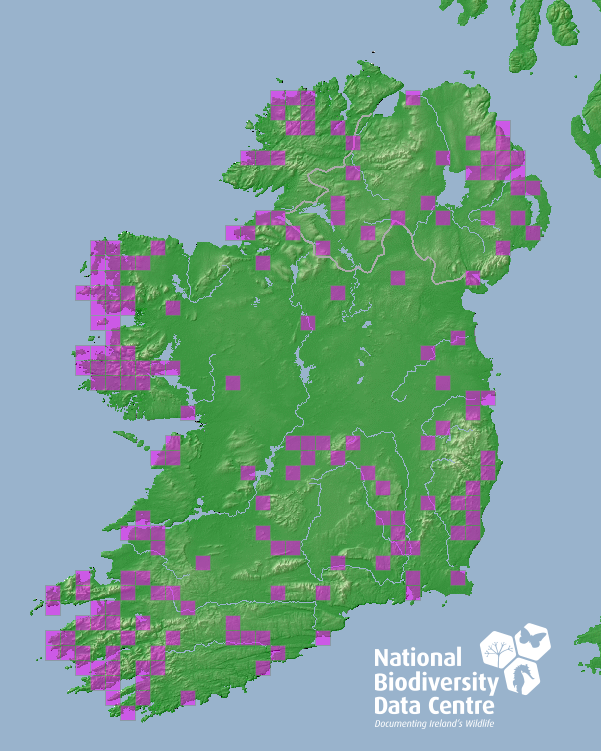 Overall conclusion summary (Excerpt):  Gunnera tinctoria produces large numbers of seeds, which are dispersed by wind, water and birds; it also spreads clonally, by a horizontal rhizome system (Gioria and Osborne, 2013). Long-distance seed dispersal seems to be central to the colonisation of new areas (Gioria and Osborne, 2013). Dispersal of the species is strongly associated with human activities. It is targeted for eradication but such control measures are known to have failed (Armstrong, 2008; Sheehy Skeffington and Hall, 2011).

The species has the potential to expand its invasive range. Gunnera tinctoria invasions may result in a range of environmental, economic and societal impacts. Of much concern is the impact to indigenous biodiversity, alterations to ecosystem function and the provision of ecosystem services. Control and/or eradication of the species will impact on the Irish economy, particularly in counties Galway and Mayo.

Giant rhubarb is a huge herbaceous perennial plant with rhubarb like leaves that grow up to 2m across are rough textured with jagged toothed lobes (Stace, 1997). The two rounded lobes at the leaf base are separated by a deep division and the leaf stalks are stout up to 1.5 m long with green bristles. The flowering spike is cone shaped up to 1m long with densely-packed short stubby branches (<5cm) with 1mm stalk-less reddish-green flowers. Flowering June to August. Fruits are small orange-red berries. Rhizomes 6–25 cm in diameter, mainly horizontal and above-ground, up to 3.5m long. Plant dies-back in winter. Can be difficult to tell apart from the non-invasive Gunnera manicata with diagnostic features only visible when plants are fully developed and flowering/fruiting. May also be confused with occurrences of cultivated rhubarb in the wild.

Introduced into Ireland as a garden plant it has since escaped (Reynolds, 2002).

There is currently an EU wide ban on the sale, growing and keeping of this plant (European Commission, 2017). Eradication should be attempted but is difficult because of the large number of seeds produced and the plant's ability to reproduce vegetatively from tiny rhizome fragments (Armstrong et al., 2009).

Gunnera tinctoria is a popular garden landscaping plant. Gardeners and other landowners and users should be educated in the identification of this species as well as its ecological impacts. Several Counties have already produced excellent information leaflets. Galway http://biodiversity.galwaycommunityheritage.org/content/places/invasive-species/gunnera and Mayo http://www.mayococo.ie/en/Services/Heritage/GunneratinctoriaGiantrhubarb/

Smaller plants and sparse infestations can be dug up with spades (Armstrong et al., 2009). Monitoring for regrowth and recolonisation should be carried out within a year (Williams et al., 2005).

Heavy machinery such as mini-diggers or excavators can be used to clear large areas (Armstrong et al., 2009). It is essential to remove the entire rhizome (Williams et al., 2005). Consideration must be given to the disposal of the large quantities of plant material.

Glyphosate application is an effective control method (Armstrong et al., 2009). 2,4-d amine and triclopyr are also effective but cannot be used near water. Spraying should be carried out at the end of the growing season before die back (August – September). Repeat applications will be necessary (Williams et al., 2005).

Leaf stalks can be cut and then painted with herbicide. This is useful for large infestations as the removal of the leaves allows better access to the site (Armstrong et al., 2009). Repeat applications will be necessary (Williams et al., 2005).

Herbicides can also be injected by drilling several holes in the rhizome and filling with herbicide (Armstrong et al., 2009). Repeat applications will be necessary (Williams et al., 2005).

Established - Widespread. While widespread it is relatively localised with patches of heavy abundance (Reynolds, 2002). Considered invasive on the west coast, possibly due to climatic conditions, with Achill Island having a particularly large abundance.  It is found along stream and river banks, lake and pond margins, coastal cliffs, former cultivated fields and disturbed areas such as roadsides, quarries and ditches (Gioria and Osborne, 2013)