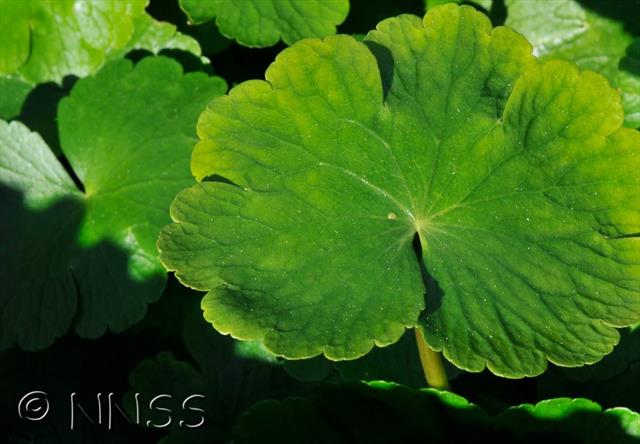 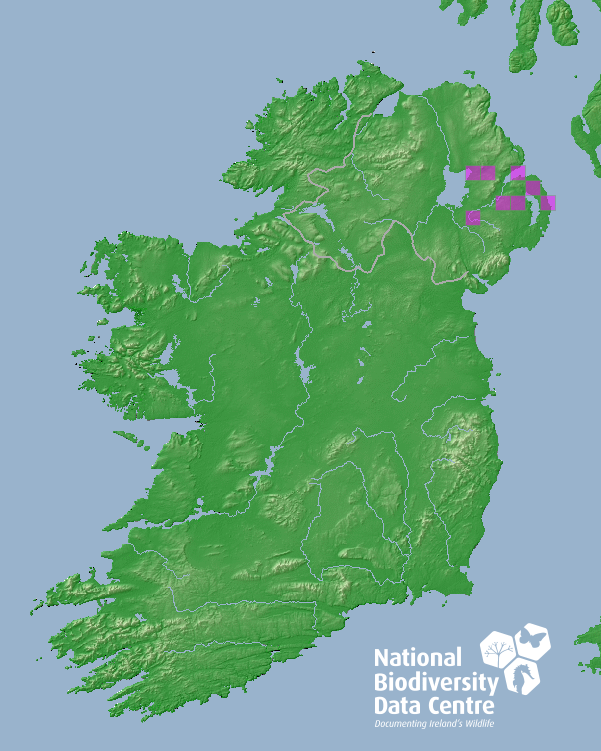 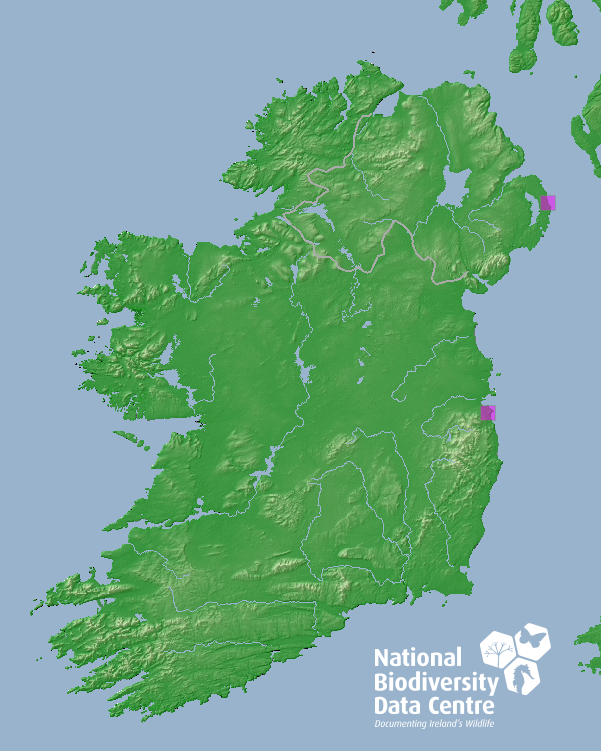 Overall conclusion summary:  Hydrocotyle ranunculoides poses a major risk to native biodiversity, native ecosystems and conservation goals as well as having the potential to cause negative socio-economic impacts in a wide-range of still or slow-flowing waters in Ireland. The plant has a high capacity to establish dense infestations here in suitable habitats which would result in a range of negative impacts as reported from elsewhere in its introduced range. Despite that this species has not arrived in Ireland to date, its ability to spread should not be underestimated. Banning its sale has worked well in Britain, but new sites continue to be recorded each year. (J Newman, personal communication).

Perennial, with thin rooting stems, often floating. Leaves up to 70mm across on thin, usually erect petioles (Stace, 1997). May be confused with H. vulgaris.

Has the potential to form dense stands and displace native vegetation but to date there are no recorded impacts of this species in Ireland due to its restricted range and management and eradication efforts.

Sold as an ornamental or oxygenating plant in ponds or aquaria and was likely introduced into the wild in Ireland either as a result of flooding washing the plant into waterways or deliberately by dumping of plant material into water courses (Day, 2004).

Hand-pulling is effective for small areas but is labour intensive. Containment nets must be used (Angling Trust, undated).

Cutting boats can be useful for large infestations or in conjunction with other methods. Care must be taken not to facilitate spread so the use of capture nets or floating boons is essential.

Raking is usually more effective than cutting as it also removes some of the roots (Angling Trust, undated). Capture nets must be used and the damage to animal and bird habitats must be considered.

A combination of some of the above methods may be appropriate depending on the situation at a particular site. Kelly (2006) reports Hydrocotyle ranunculoides was successfully removed from Gillingham Marshes, Suffolk, England by the use of a digger and then handpicking for the following two years.

The Angling Trust (undated) recommends glyphosate application from March to October. An appropriate and licensed adjuvant is necessary due to the poor chemical uptake by the leaves. This herbcide is non-selective so care must be taken to target only the intended species.

The planting of trees and shrubs can be a useful long-term method. However, the planting should be intermittent and concentrated at points of particular concern (Bentley et al., 2014).

H. ranunculoides is intolerant of water deeper than 1m. (Bentley et al., 2014). The raising of water levels above this could be an effective control measure if the new level can be maintained for an adequate period. However, this method in non-selective and non-target plants may also be affected.

Hydro venturi, uses a combination of water and air to blow roots out of the substrate and has been used in the Netherlands with good success (Bentley et al.). It causes less fragmentation than other removal methods.

Established - Localised. Present in a number of ponds and rivers in counties Antrim and Down, though it has been eradicated from a number of sites (Day, 2004; Millane & Caffrey, 2014).

Do not purchase this plant or grow in outdoor ponds.