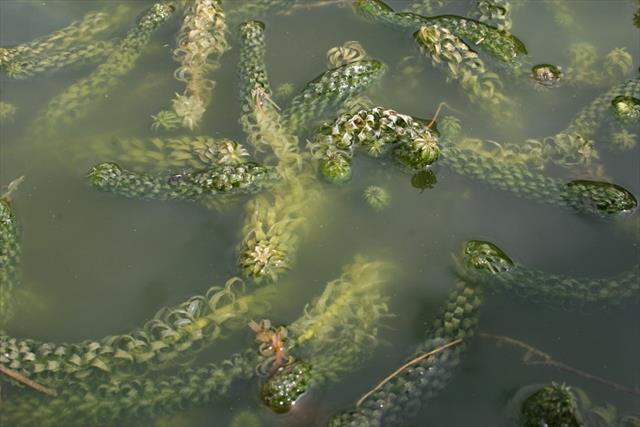 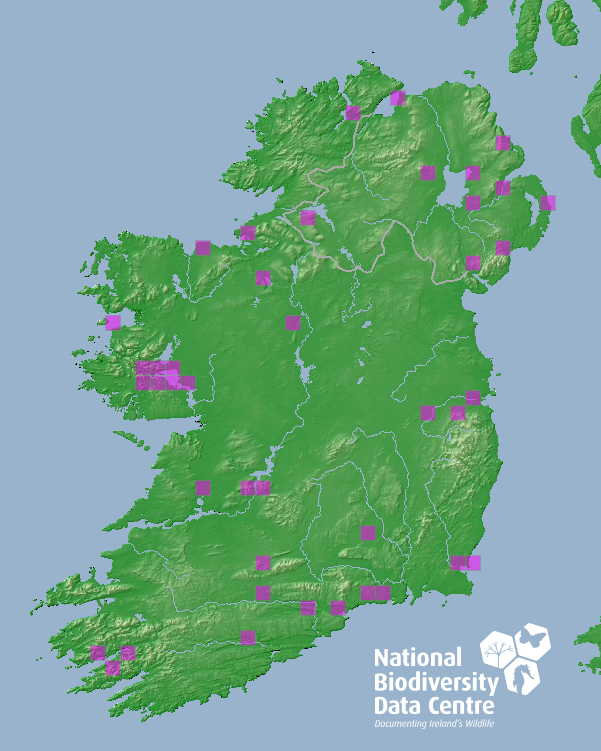 Overall conclusion summary:  Experience of the invasion of Lough Corrib by Lagarosiphon major (where over 92 hectares of the lake became infested [Caffrey et al. 2011]) clearly indicates that this invasive species has the potential to cause significant ecological, environmental and socio-economic impacts should it become established in other natural freshwaters in Ireland.

Grows densely dominating the substrate and excluding native vegetation (Caffrey et al., 2010). By altering the habitat it alters the macroinvertebrate community in the area (Caffrey et al., 2010), which may impact on higher trophic levels. Management in Lough Corrib, using biodegradable jute matting has been used to remove L. major and restore native macrophytes (aquatic plants large enough to be visible to the naked eye) (Caffrey et al., 2010). A study comparing competition between invasive species found that L. major is outcompeted by Egeria densa in warmer waters, but outcompetes in colder, shallower waters which may impact on the distribution and invasion pattern of both species in Ireland (Riis et al., 2012).

As plants outside its native range to date have been female it reproduces solely by fragmentation and vegetative reproduction (Cook, 1982 in Caffrey et al., 2011).

Sold as an ornamental or oxygenating plant in ponds or aquaria, it is present in outdoor ponds and artificial lakes (Caffrey et al., 2011), and was introduced into the wild in Ireland either as a result of flooding washing the plant into waterways or deliberate dumping. Subsequently spread vegetatively on boats, angling equipment and by natural means.

Control of Lagarosiphon major has proved difficult due to its aggressive growth rates and ability to out compete native species (Caffrey & Acevedo, 2008).

Hand-picking is the most effective method for small infestations (<1m²) provided all rhizoids are removed (CAISIE, 2013).

The use of a V-blade trailed behind a boat, which tears the plant out at the root was shown to be successful in controlling L. major at Lough Corrib (Caffrey & Acevado, 2008). A containment net should be used to catch any loose fragments (CAISIE, 2013).

Benthic barriers (jute mats) can be used for control of infestations from 1 – 1000m² (CAISIE, 2013). Using jute mats rather than plastic sheeting has the advantage of allowing the germination of the seeds of native plant species (Caffrey, 2010). For stands in shallower water (<1m) a double layer of matting is more effective (CAISIE, 2013).

Anchors in the substrate of lakes and slow moving rivers (Booy et al., 2015)

Report any sightings to the National Biodiversity Data Centre. Practice good biosecurity protocols when moving boats and fishing equipment by thoroughly disinfecting all gear. Do not purchase Lagarosiphon major or Elodea crispa (a commercial name for L. major). Do not dump aquatic plants in waterways or stock non-indigenous aquatic plants in outdoor ponds or lakes.