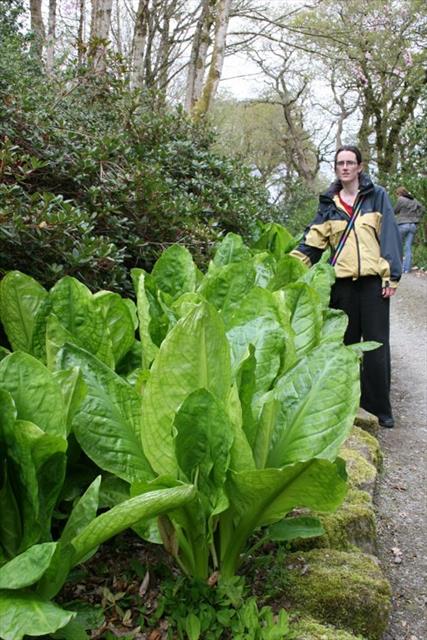 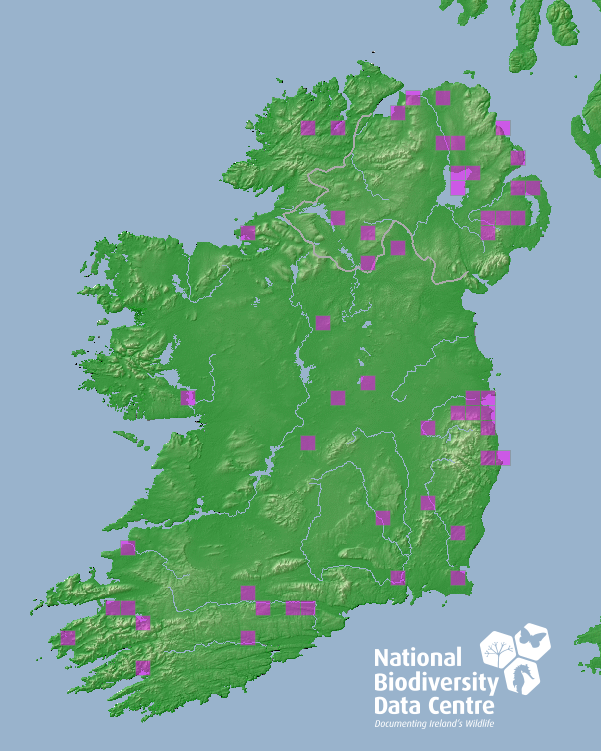 The conclusion response of the overall risk of this species  in Ireland was of MINOR with a Medium level of confidence. The summary conclusion states:

'The horticultural trade is the primary factor in the entry of this species to new areas and L. americanus has a long history of cultivation and introduction, though it has never been a particularly popular species and is not grown on a large scale (CABI, 2014). Both the size of the plant, its habitat and the smell of the flowers restrict its popularity for small gardens (CABI, 2014). Lysichiton americanus is most likely used in large scale gardens and ponds where it can “take care of itself” (CABI, 2014).

Lysichiton americanus is already established in Ireland, but is not widespread. Regionally it is very abundant in sites where populations have established, such as Kerry (Reynolds, 2002). It is known to have taken decades to settle and dominate even small sites in the Netherlands where it took about 50 years to establish a small but viable and locally spreading population (CABI, 2014). Establishment and spread of new populations in Ireland is likely to be very slow and restricted by a limited availability of wet habitat.

No economic, social or environmental impacts are reported in the species native range. With the exception of costs related to control/eradication measures, the economic and social impacts of L. americanus in its introduced range are negligible. Known environmental impacts are largely confined to an invasive population of the species in Germany. It can, however, be expected that the reduction in biodiversity and displacing effects attributed to the presence of L. americanus in the Taunus area of Germany, would also manifest themselves if the species establishes dense stands in vulnerable Irish habitat.'

A large leaved  perennial herb up to 1.5 metre in height (Booy et al., 2015) . It has a basal rosette of green leathery leaves that are flat or tapered at the base, can grow up to about 1 metre long, are oval/oblong shaped and are rolled when young. The leaves have an unpleasant 'skunk' smell when crushed.

It has a large yellow sheath that surrounds a spike of greenish flowers, is foul smelling and appears as leaves are emerging from the soil (Booy et al., 2015)

The large size,  smell likened to 'rotten flesh' and the yellow sheath of American skunk cabbage are the distinguishing features.

It spreads by rhizomes and seeds.

The plant dies back in winter.

Klingenstein and Alberternst  (2010) note that 'in its natural and introduced range Lysichiton americanus grows in the transition zone of terrestrial, semi-aquatic and aquatic habitats like swamps, wet woods and shrubs, along streams and riverbanks, lakesides, ponds, in boggy and other wet areas. As long as the site is wet, it has no specific soil requirements... and can grow in shade or full light. It is hardy to at least -15°C and grows from 0-1400 m altitude.'

Note: it also spreads by rhizomes.

Occasional garden escape, it was previously a more popular garden plant though deliberately planted at Woodland Bog, Co Offaly (Doyle & Duckett, 1985). Spread in Ireland is likely to be by natural means, once the species has become naturalised which may require an extended period of time, plants at Woodland Bog did not seed for many years after introduction (Doyle & Duckett, 1985).

There is currently an EU wide ban on the sale, growing and keeping of this plant (European Commission, 2017).
The eradication of this species is entirely possible if it is detected and targeted promptly (EPPO, 2009).
Public awareness
The general public should be educated in the identification and ecological impact of this plant. Interested parties, for example gardeners, landowners, hikers and those using the waterways should be targeted in particular. Garden centres and nurseries could inform customers of the EU ban on the sale, growing and keeping of this plant and promote the responsible disposal of plants. These measures should help to prevent further introductions of Lysichiton americanus to the wild and to Ireland as a whole.
Manual/Mechanical
Small plants could be controlled by hand-pulling (EPPO, 2006). Trials of different manual and mechanical methods found manual digging up of the whole plant to be successful where others were not (EPPO, 2009). Klingenstein and Alberternst (2010) recommend digging be carried out in early summer to weaken any rhizomes left in the ground. These can generate new plants if they receive light. A second digging should then be carried out in late summer or autumn to eventually deplete rhizome reserves and kill the plant (EPPO, 2006; Klingenstein & Alberternst, 2010).
The area should be monitored for 10 years until the seedbank has been exhausted (EPPO, 2006).
Manual removal is usually the preferred method due to the sensitive habitats this species commonly colonises (EPPO, 2009).
Chemical
The Non-native Species Secretariat (2011) reports that L. Americanus is readily controlled by glyphosate at a rate of 2.16kg active ingredient/hectare. Some formulations of glyphosate are licensed for use near waterways. However, access can be difficult at some sites (NNSS, 2011) and control has reported not to have been achieved at sites in the Scottish Highlands and in Sussex, England (EPPO, 2009).

When NOT in flower, it may be confused with the native Water plantain (Alisma plantago) which is fairly common in slow flowing habitats. The distinguishing features of Water plantain is that it's leaves are rounded at the base and do not have an unpleasent 'skunk' smell when crushed. The flower is very different being 3 white to lilac coloured petals with a yellow blotch towards the centre.

CABI 2014, note the following general information on control of this plant:

Available control reports all describe removal by hand as the method of choice. In doing so one has to take care that the underground corm is removed. This is often not easy because it may be deep in the swamp (over 30 cm) and hard to remove. After initial action several years of inspection and seedling removal are necessary.