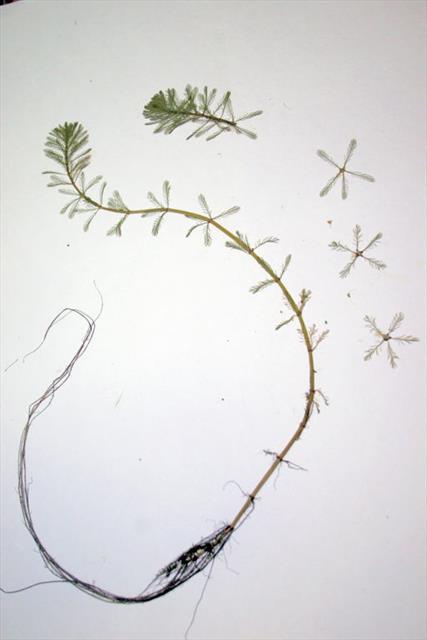 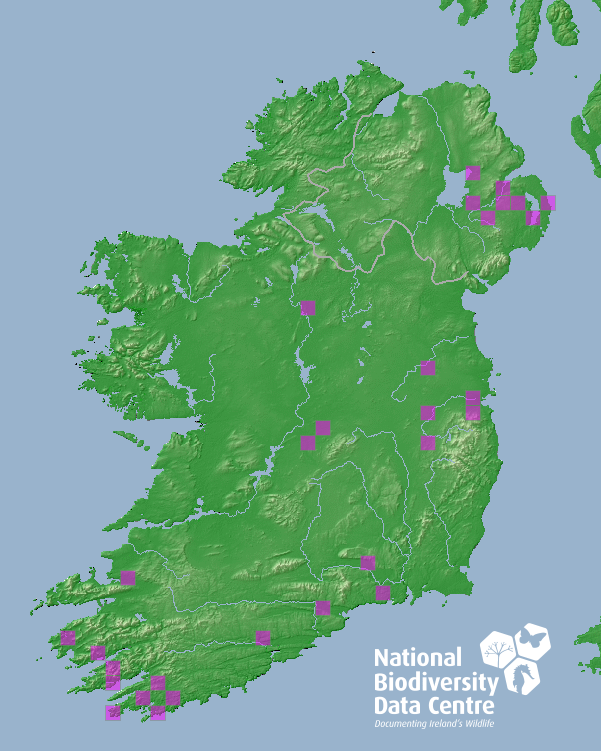 Overall risk of this species to Ireland is categorised as: MODERATE to MAJOR with a MEDIUM level of confidence.

Overall conclusion summary:  Myriophyllum aquaticum has already demonstrated its ability to establish under natural conditions in Ireland. Its capacity to cause negative impacts in a number of countries where it has established (including Britain) has also been documented (refer to elsewhere in this risk assessment). What is uncertain is how invasive this plant may or may not become should it become established in other suitable waters in Ireland. To date, there are only two known populations in the country, where the plant could be considered invasive. Therefore, with the limited information available to inform this risk assessment and in acknowledgement of the knowledge gaps that exist, the overall risk of this organism in Ireland is presently considered to be ‘moderate to major’ with ‘medium confidence’.

One cautionary note is that, in Britain, Myriophyllum aquaticum can cause a range of detrimental environmental and economic impacts and this may become evident in Ireland if the plant establishes in any natural open water systems where further systemic spread can more easily occur.

A freshwater aquatic perennial plant. Its blue-green colour and feather-like leaves seen most often emerged from the water year round make this a distinctive water plant. The feather like finely divided paired leaves are arranged in whorls of 4-6 on stems up to 2 meters long. Stems break easily with brown roots present around nodes. Inconspicuous whitish female flowers found at the base of the emerged leaves in whorls of 4-6 generally flowering July-August.Unlikely to be found in fast flowing water but where present it is mostly likely to be submerged.

To date no impacts recorded in Ireland but that is likely due to its limited distribution and low abundance at sites (Millane & Caffrey, 2014). However much like other aquatic plants that form dense stands, it is likely to exclude native plants when abundances are high.

All plants outside its native range to data have been female so it reproduces solely by fragmentation and vegetative reproduction (Stace, 1997).

Widely sold as an oxygenator or ornamental plant and present in artificial watercourse, ponds and aquaria (Millane & Caffrey, 2014). Subsequently introduced into the wild, by escape during flooding or attached to waterfowl, or deliberately introduced. The potential exists for it to be further dispersed by human mediated mechanisms within Ireland.

Public awareness campaigns highlighting Myriophyllum aquaticum should be directed at gardeners and water users. Education on the identification of and biosecurity measures necessary is critical in preventing the spread of this species.

Where possible the infestation should be isolated. Dams or weighted nets can be used depending on site specifics (EUPHRESCO DeCLAIM, 2011).

Hand-pulling can be carried out on small infestations (EUPHRESCO DeCLAIM, 2011). The method is effective if the entire plant is removed but it is labour intensive and time consuming.

Cutting should be avoided as it does not provide control and may enable spread (EUPHRESCO DeCLAIM, 2011). Methods such as raking, chaining, using excavators with weed buckets that remove the root can help to provide control. Capture nets should be put in place before any mechanical removal commences.

Dyes can be used in the Spring in still water (EUPHRESCO DeCLAIM, 2011). However, this is a non-selective method and should be reserved for areas of heavy monocultural infestation.

Consideration can be given to planting trees and shrubs in problem areas exploiting M. aquaticum's susceptibility to shading (EUPHRESCO DeCLAIM, 2011).

This species does not grow well in water deeper than 50cm so increasing water depth after the use of one of the other control methods may help maintain control (EUPHRESCO DeCLAIM, 2011).

Report any sightings to the National Biodiversity Data Centre. Do not purchase this plant or grow in outdoor ponds. Dispose of garden waste responsibly and never dump aquatic plants in water ways.

Preston, C.D., Pearman, D. A. & Dines, T. D. 2002. New atlas of the British and Irish flora. An atlas of the vascular plants of Britain, Ireland, the Isle of Man and the Channel Islands, Oxford University Press.