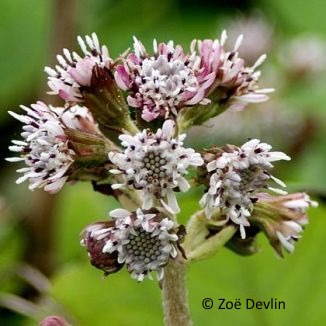 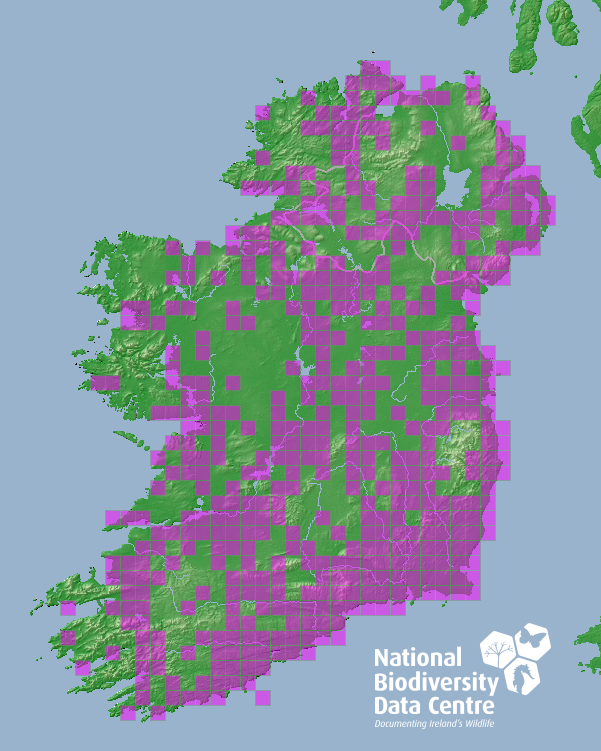 Originally planted for use as ground cover or a winter food plant for bees (Reynolds, 2002). Thought to still be spreading in Britain and Ireland (Preston et al., 2004).

Established - Widespread & Common. Common along roadsides where it can form dense stands, likely under recorded.

This species is included in our spring flowering plants project. If you see the species please submit your sighting. All information is very valuable.

This species is included in the spring flowering plants project which is a collaboration between the National Biodiversity Data Centre and the BSBI. It is hoped we can collect valuable data to improve our knowledge of the current distribution of some common plants. All data will be fully validated by both partners before loading to Biodiversity Maps and being made available to the BSBI.

Control of Winter helitrope is currently being researched by Eithne Davis under a new  EPA funded project led by CERIS, Institute of Technology, Sligo  that targets the Prevention, Control and Eradication of Invasive Alien Species (IAS) on the Island of Ireland.

For winter heliotrope control, they will determine the most effective herbicide/adjuvant combination and time of year for application and produce best practice guidelines for the long-term control. For more information see: www.itsligo.ie/old-reesearch-welcome/research-centres-and-groups/ceris/ceris-projects/alien-species/