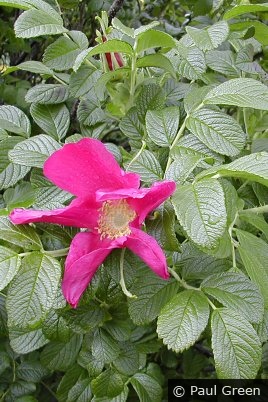 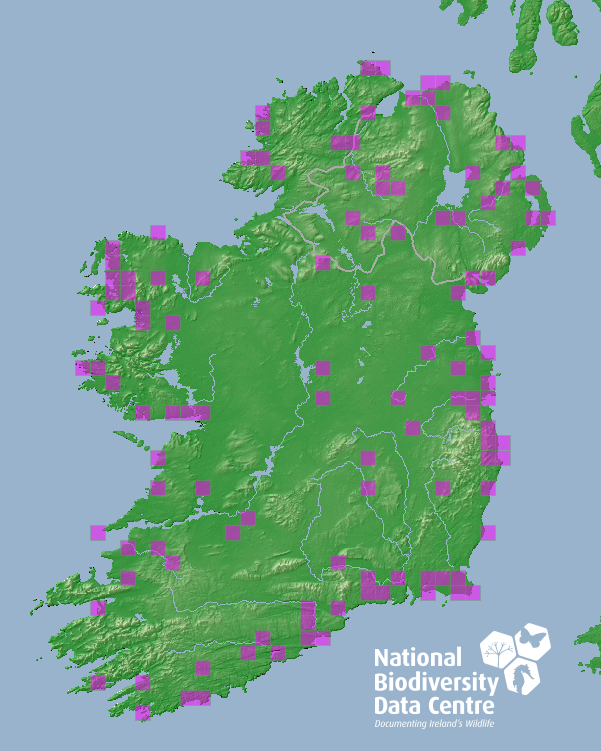 Mainly invades sand dunes and other coastal areas where it can form dense stands, effects are particularly acute affects on grey dunes where it excludes grassland species and supporting only a small number of shade tolerant taxa (Isermann, 2008a). Furthermore where R. rugosa dominates the species communities contain a higher percentage of neophytes (plants introduced since 1500) and a lower percentage of native species than similar uninvaded communities (Isermann, 2008b) and dune communities where R. rugosa is present have a "low conservation value" (Isermann, 2008c).

Hermaphrodites with nectarless flowers that produce abundant, strongly scented pollen as reward to pollinators, pollinated mainly by bumblebees in its native range (Bruun, 2005). Seed production is variable but dense stands can produce from 600–1300 seeds m-2 (Bruun, 2005).

Garden plant introduced to Europe in the 18th century (Isermann, 2008), spread into the wild by escaping from gardens and garden waste (Reynolds, 2002). Still widely sold as a garden plant, anthropogenic mediated dispersal is likely to be a key vector for spread in Ireland, similar to in Denmark where invasion of coastal dunes by Rosa rugosa is correlated with proximity to roads, tracks and houses (Jørgensen & Kollmann, 2009).

Report any sightings in to the National Biodiversity Data Centre. Do not plant in the wild or in gardens close to sand dunes or other vulnerable habitats.

Delivering Alien Invasive Species In Europe (DAISIE) project list R. rugosa as one of the 100 Worst Invaders in Europe. Potential biocontrol agents are discussed in Bruun (2006), but to date none have been trialled successfully.

In continental Europe, R. rugosa introductions and spread have been aided by high propagule pressure (large number of introduction events) with more than 13+ genetic populations identified in Europe (Kelager et al., 2013). Strong genetic variation, while not necessary for successful invaders (e.g. Fallopia japonica individuals in Britain are thought to be largely descended from a single plant), it is likely to allow the plant to adapt to its new environment and changing conditions in the future.