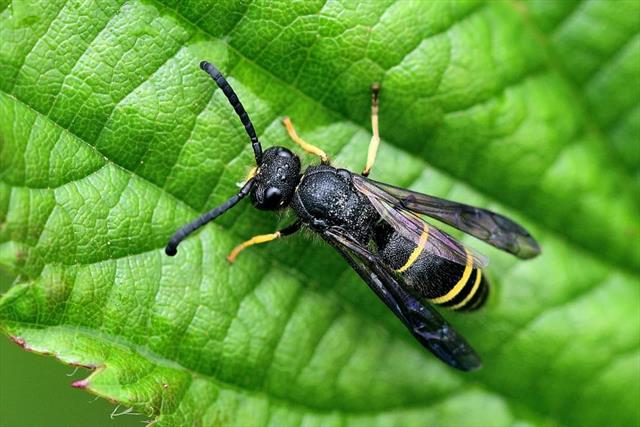 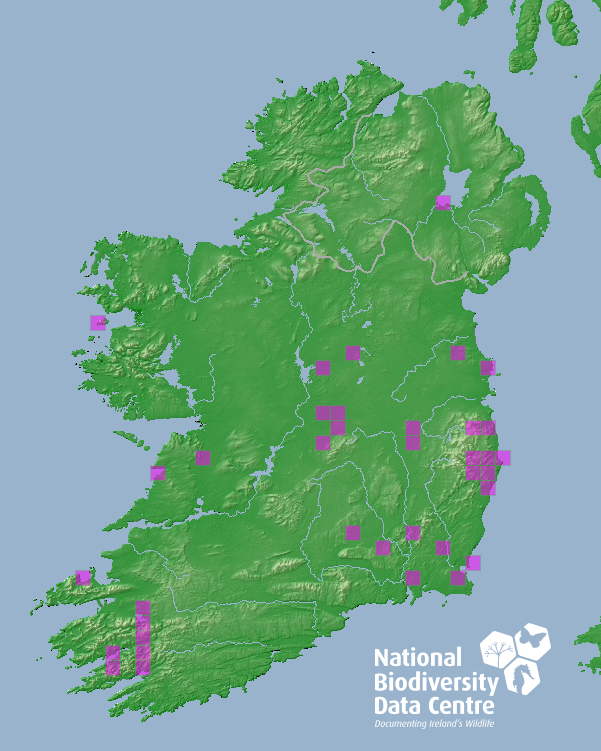 Not well known in Ireland, but it has been recorded from partially wooded areas, gardens, parks and damp scrub and wet grassland. Apparently more likely to be found in damper areas than some of its relatives.

June-September, peaking in June and July.

In Ireland it has been observed nesting above ground in bored timber and bee hotels. It has also been reported using old plant stems, disused galls and holes in masonry. The nesting holes are divided into cells, each one with several small moth caterpillars and a single egg laid by the female wasp.  These are usually several centimeters deep and capped with soft mud. The larvae hatch and consume the caterpillars before pupating and emerging the following year.

This species has been under-recorded in Ireland. Surveying suitable habitats and sending in records of this species would be greatly appreciated.