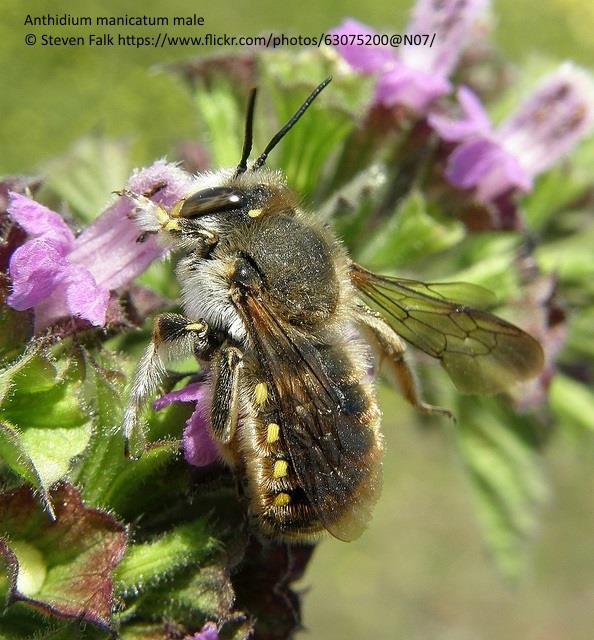 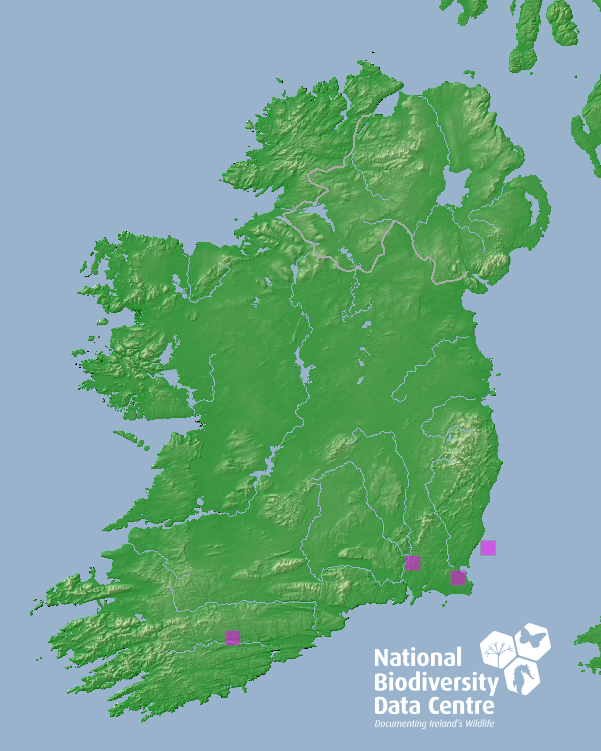 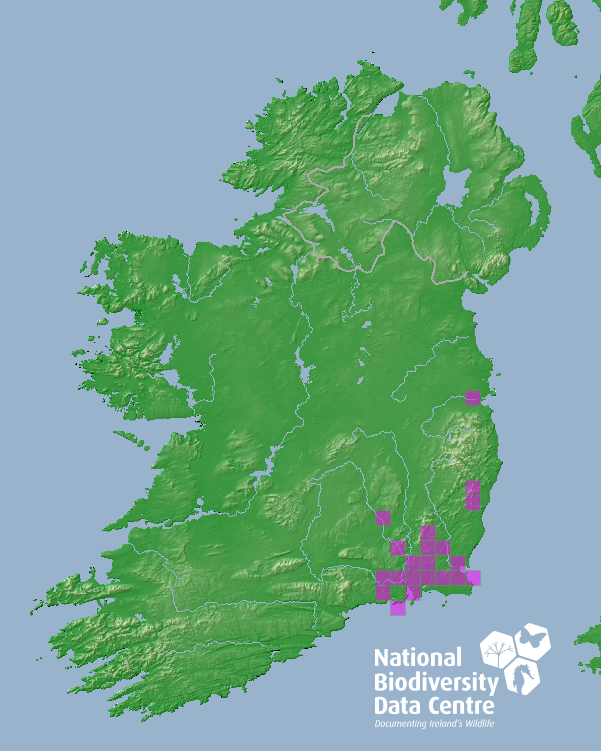 First sighted in County Wexford on 28th July 2015 (confirmed by a photograph). The species has been added to the Irish list following the collection of a specimen from New Ross on 7th August 2015. A third confirmed sighting was made of the species near Wexford town on 12th August 2015.

Habitat associations, if any, are not yet known in Ireland. In Britain it is associated with flower rich habitats such as coastal cliffs and dunes, calcareous grassland, roadside verges. It also occurs in parks and gardens over much of England and Wales.

Irish data not yet available. In Britain it flies in summer from June into early August.

Polylectic, but females prefer to collect pollen from plants which have tubular flowers (such as the Mint family) or those where accessing the pollen and nectar is difficult (Pea family, Toadflax family).

Nests in existing aerial cavities, such as holes in dead wood, crevices in the mortar joints of masonry, or in artificial sites such as cut bamboo canes. Females shave hairs off plant stems (such as Yarrow or Great Mullein) to use in the construction of brood cells. Hairs are brought to the nest site in a ball and teased out with the mandibles, earning it the common name of  'wool-carder bee'.