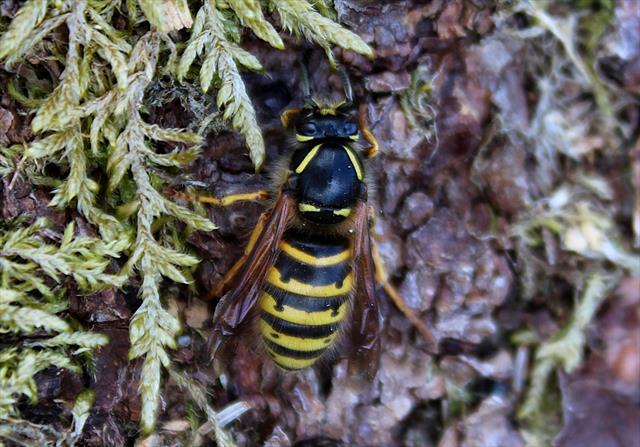 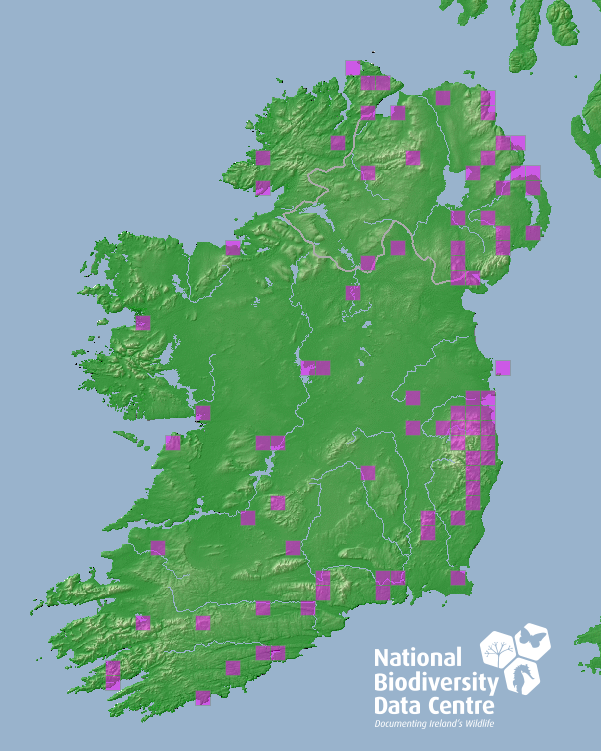 D. norvergica can be found in many open habitats including urban areas but perhaps with a preference for heathland and moorland. Usually nests are made in aerial situations attached to shrubs from ground level to about one metre above the ground and on trees up to ten metres above the ground. Nests have been found attached under-hanging from man-made structures e.g. under the eaves of a house, on a wall, attached to a window frame or under a garden seat; or sometimes in an enclosed space, e.g. hollow trees, bird boxes, attics.

Mid- to late April to roughly around the period of early September.

The life cycle of social wasps including that of D. norwegica can be divided into four phases, namely the foundation, worker, reproductive, and intermediate phases but in common with all species of Dolichovespula, D. norwegica has a relatively short life-cycle.

Overwintering queens emerge from mid- to late April with nest foundation by the single queen from mid-May. The first workers emerge from early June which signals the start of the worker phase. The reproductives (new queens called gynes and males called drones) emerge from mid-July (i.e. the intermediate phase) and the colony usually terminates by the end of August with the death or inactivity of the queen.

The mature nest, on average, has about 1650 cells in three to five combs. Each colony either rears mainly males or new queens.

Spring queens visit the early flowers of cotoneaster and berberis for their nectar. Workers may visit figwort which has shallow flowers enabling the wasps to reach the nectaries. There are no records of other flowers being visited by this species, except for the Apiaceae when the fertilised queens then spend some time feeding on nectar from the umbels of hogweed and other Apiaceae, before seeking suitable over-wintering sites.

Found throughout mainland England, Wales, Scotland and Ireland including Orkney and Shetlands. Elsewhere, it occurs in Europe (rare in southern Europe), North America and northern and central Asia from Turkey to Sakhalin.