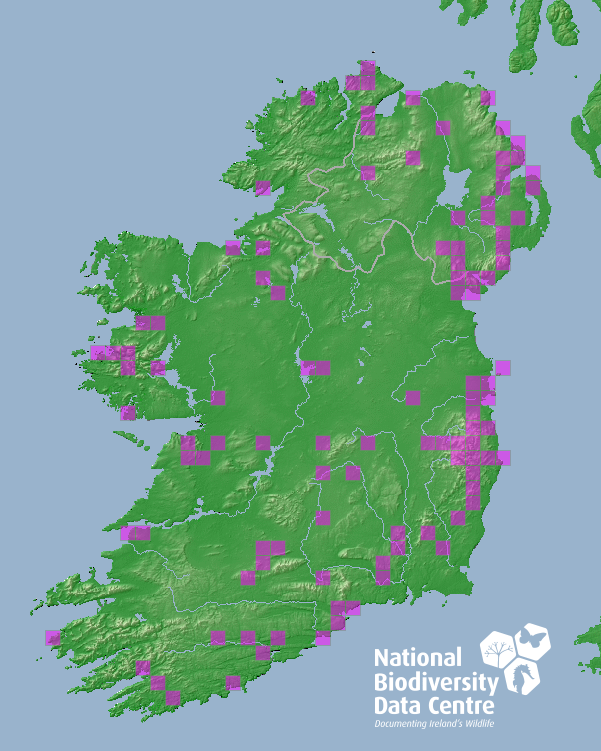 D. sylvestris will inhabit the majority of habitats, being one of the more common wasp species in forested areas and can often be very common in urban areas, particularly in domestic gardens. Usually nests are in, or partially in, enclosed aerial sites such as overhanging banks, in bird boxes, under eaves and porches, in sheds or barns, roof spaces or even bee hives. Nests can also be found in shallow holes in the ground in which case are usually visible at the soil/leaf interface.

Late April to roughly around the end of August, early September.

The life cycle of social wasps including that of D. sylvestris can be divided into four phases, namely the foundation, worker, reproductive, and intermediate phases but in common with all species of Dolichovespula, D. sylvestris has a relatively short life-cycle.

Overwintering queens emerge from late April with nest foundation by the single queen from mid-May. The first workers emerge from early June which signals the start of the worker phase. The reproductives (new queens called gynes and males called drones) emerge from mid-July (i.e. the intermediate phase) and the colony usually terminates by the end of August with the death or inactivity of the queen.

The short life-cycle means that the maximum colony size achieved during peak activity is only a few hundred individuals; nests are therefore quite small. The mature nest, on average, has about 800-900 cells in three to four combs. Due to the paper being made from mostly well-seasoned wood, nests are grey with some fine white and pale brown transverse bands.

Typical of most social wasp species, individuals can often be seen in late summer at the flowers of wild parsnip, hogweed, wild carrot and fennel. In addition they also visit so-called 'wasp-flowers' such as figworts, cotoneaster, snowberry etc. and are important pollinators of common figwort, Scrophularia nodosa(Edwards 1980, Proctor et. al. 1996 and references therein).

Found throughout mainland England, Wales, Scotland and Ireland. Also recorded from the Isle of Man, Isles of Scilly, the Channel Islands and Outer Hebrides.  Elsewhere, it occurs in Europe, North Africa, northern and central Asia from Turkey to eastern China.