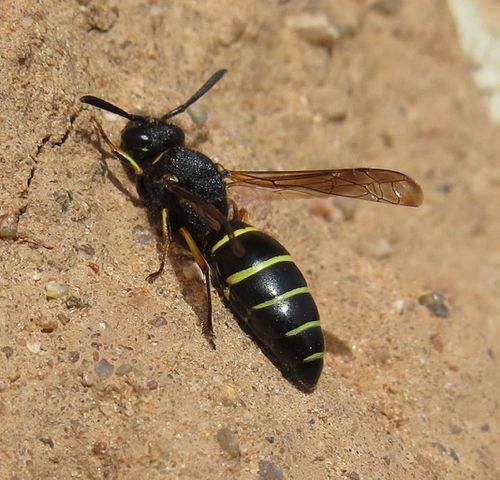 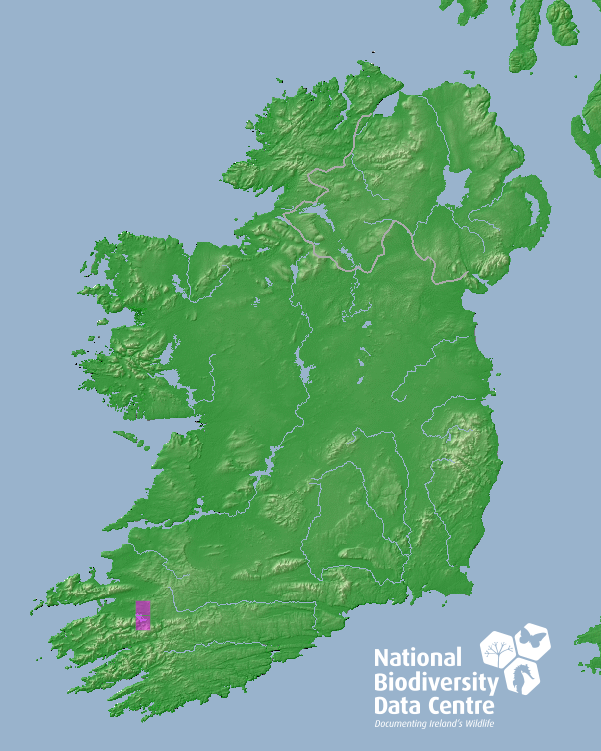 Irish records suggest that it is univoltine in June-July, perhaps extending into May and August much like it does in Britain.

This is a solitary nesting species which forms distinctive curled 'chimneys' at the entrance to the nest. These are constructed out of wet clay or sand particles; the nests themselves are usually formed on vertical clay or sandy banks with a sunny aspect. Loose aggregations may form. Females collect larvae of various Weevil species (Curculionidae) and deposit them in cells constructed within her burrow. In each cell a single egg is laid from which a larva will emerge and feed on the deposited weevil larvae. Pupation takes place and the adult wasp will emerge the following year.

No observations of this species visiting flowers have been made, although they are known to occasionally visit flowers elsewhere in their range.

The only records for this species are nearly 100 years old and finding out if it still occurs on the island would be an important first step. It is likely to be found in warm sunny areas where vertical clay or sand banks exist, especially in the more southerly areas of Ireland. The nests are distinctive (see pictures below) and would be useful indicators for the species' presence.