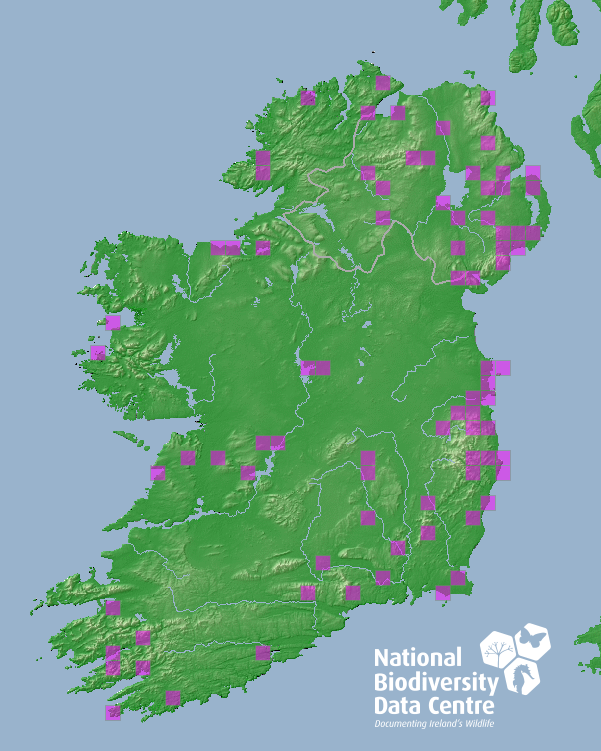 Found in open habitats, e.g. open woodlands, moorland and hedge banks, less commonly in urban areas. Nests are usually subterranean (e.g. in rodent burrows) in a dry, often shaded situation, close to the soil surface, even just under the leaf litter or moss layer, sometimes in rock cavities or inside decaying logs. They can be also found in hollow tree stumps and suspended from roots of trees in hollows in the ground. Nests are rarely above ground (in dense bushes, cavity walls, bird boxes and eaves of houses).

Generally from late March to September.

The life cycle of social wasps including that of V. rufa can be divided into four phases, namely the foundation, worker, reproductive, and intermediate phases.

This social wasp has an annual life-history with the overwintering queens emerging from late March until early May, with the first workers emerging as adults from the end of May until mid-June signalling the worker phase. The reproductives (new queens called gynes and males called drones) emerge from late July; mating usually from early August (i.e. the intermediate phase). After mating males die, females enter overwintering sites. The remaining colony dies during September with the death or inactivity of the queen.

The queen constructs the initial 'queen nest' and rears the first workers. These workers start to forage and carry out all the nest building and brood rearing activities. The first cells, in which the workers and most of the males are reared, are small (about 4 mm diameter). Later in the season larger cells (about 6 mm diameter) are built, in which the queens and a few males are reared. On average the mature nest consists of about 500 small and 500 large cells in three combs where about 450 workers, 180 males and 200 queens are reared.

According to Spradbery (1973), there are 23 species with which V. rufa can be associated with, including figwort, wild parsnip, black currant, gorse and cotoneaster.

Found throughout Ireland, England, Wales and Scotland as well as being also recorded from the Isle of Man, the Channel Islands, and the Outer Hebrides. Elsewhere, it is found in central and northern Europe besides being distributed across northern and central Asia from turkey to Japan and North America.