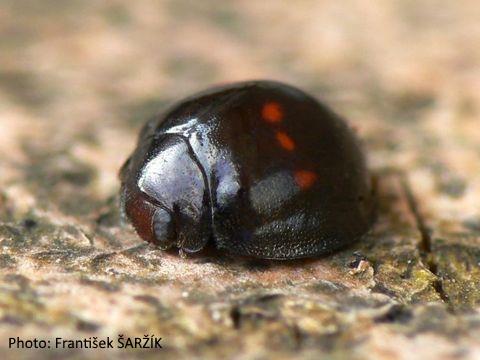 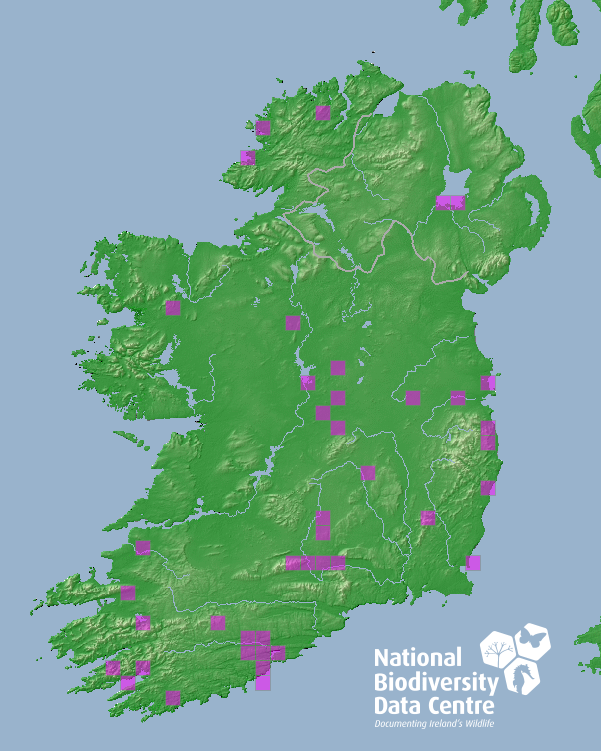 Adult: 3mm to 4mm in length. Body is shiny black with four red spots that appear to from two red bars. The edge of the elytra is flattened to form a rim. The prontoum is also shiny black and the head is a deep reddish-black. The legs are black.

Larvae: has pale white stripe across the abdomen.

It is associated with heather dominated peatland vegetation particularly around margins of raised bogs.

Has a Holarctic distribution, occurring in  North America, Europe, north Asia. It is also found in tropical Africa.

It appears to be more commonly recorded in the southern half of the island, but there is a knowledge gap on its true distribution in Ireland

Please submit any sightings of this species to Ladybird Survey