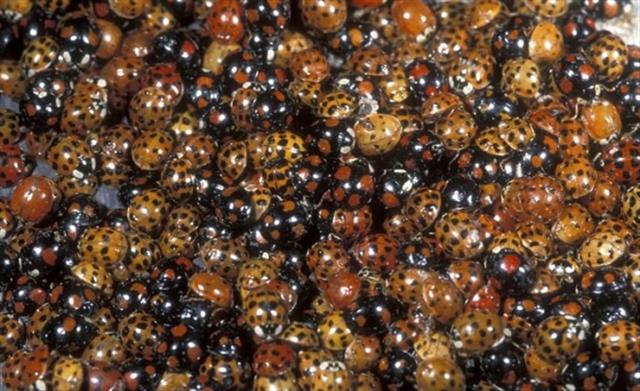 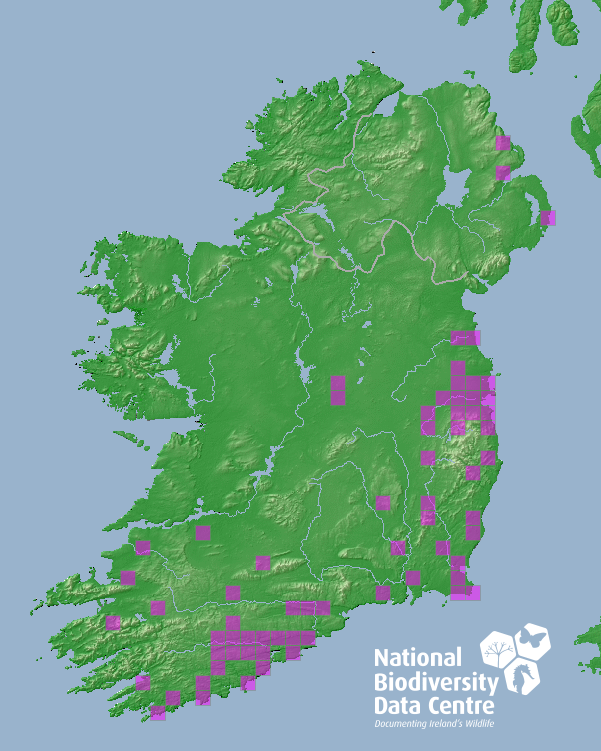 Harlequin ladybirds were initially introduced to North America and Europe as bio-control agents for aphids (Brown et al., 2007, Koch, 2003). However they have had a number of unforeseen adverse effects. They have been shown to engage in intra guild predation (where a species feeds 'sideways' rather than 'down' the food chain), consuming two spot and ten spot ladybirds in the United Kingdom (Thomas et al., 2013). They are a pest species in homes, as they enter houses during the winter and form large aggregations as a survival mechanism, due to their inability to survive in cold climates outdoors (Labrie et al., 2008). They may pose a [slight] risk to human health as there have been reports of allergic reactions (Heulsman et al., 2002) .

The species has been found in products brought into Ireland from Britain  which may be its source of introduction to Ireland (particularly contaminants of fruit and vegetables) but it may also have simply arrived as part of natural dispersal from Britain. The scattered distribution of records (Kerry, Cork, Belfast, Dublin) would suggest multiple introductions events. The arrival in Britain was thought to be multiple introduction events from France (Brown et al., 2007),

Wide range of habitats. Over winter indoors in much of their northerly range including the United Kingdom.

Native range is not precisely known but native to central and eastern Asia, including China & Japan, widely introduced elsewhere as a biocontrol agent and is now present on every continent (Brown et al., 2011).

Report any sightings to the National Biodiversity Data Centre: http://www.biodiversityireland.ie/projects/invasive-species/submit-sightings/ please include a photograph to aid in verifying the identity of the ladybird.

A brief ID guide to our native ladybirds can be viewed on pages 12 and 13 of  Biodiversity Ireland Issue 13: http://www.biodiversityireland.ie/wordpress/wp-content/uploads/biodiversity-ireland-issue-13-web.pdf