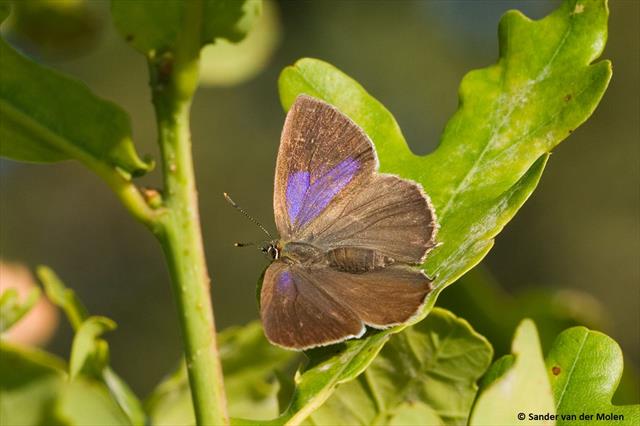 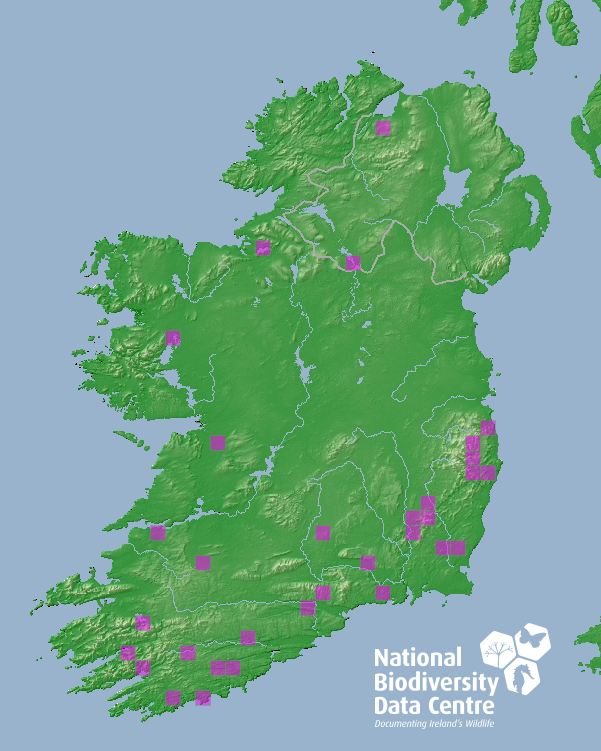 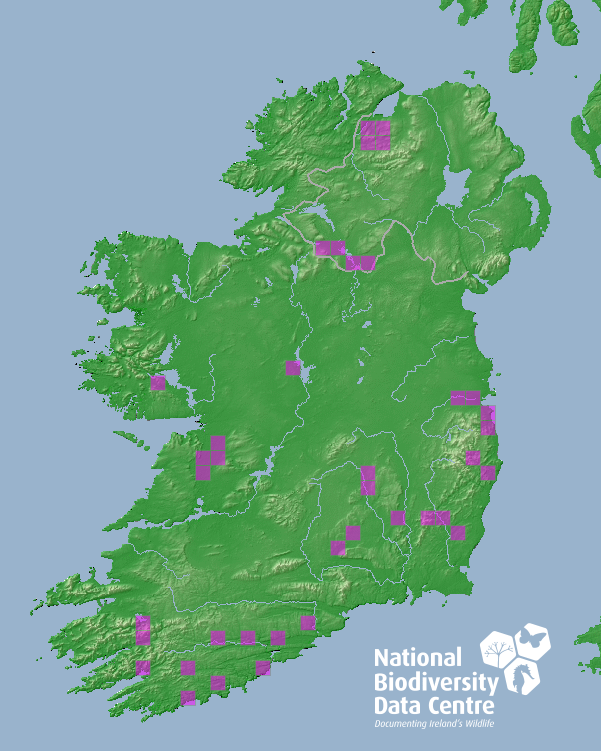 The Purple Hairstreak is not afforded legal protection in Ireland.

Specialist, found in mature stands of Oak. Adults spend most of the time high in the canopy of Oak trees, males being
usually higher than females. There they feed on honeydew, not on flowers, but they may occasionally descend to lower levels for feeding. Although they are active mainly in sunshine, they may also fly in dull conditions in warm weather (Bond & Gittings, 2008).

Eggs are laid singly, or occasionally in pairs, on the tip of a twig, or at the base of a bud on a small Oak branch. Although all parts of the tree can be selected, sunny, sheltered boughs are the most favoured. The larvae hatches in early April. It lives under a web spun over the stem, bracts and leaf-bases; the debris resulting from its feeding collects in the web, making the larva difficult to recognise. Pupation occurs in late June or early July in a very slight network cocoon, on the ground under leaf-litter or moss, or in crevices in the trunks or larger branches oaks. The pupa has also been recorded in ants’ nests. Overwintering as an egg that sometimes contains a fully developed larva (Bond & Gittings, 2008).