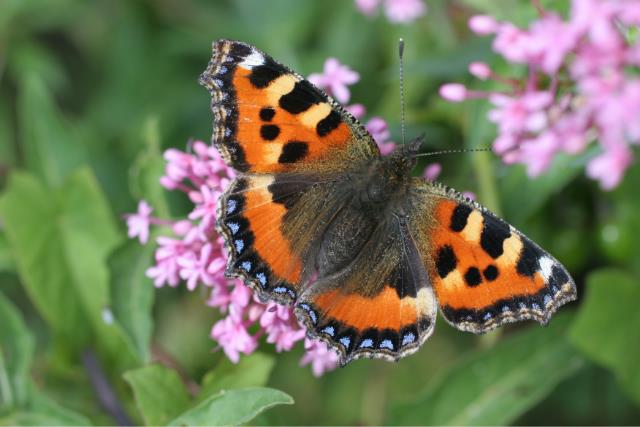 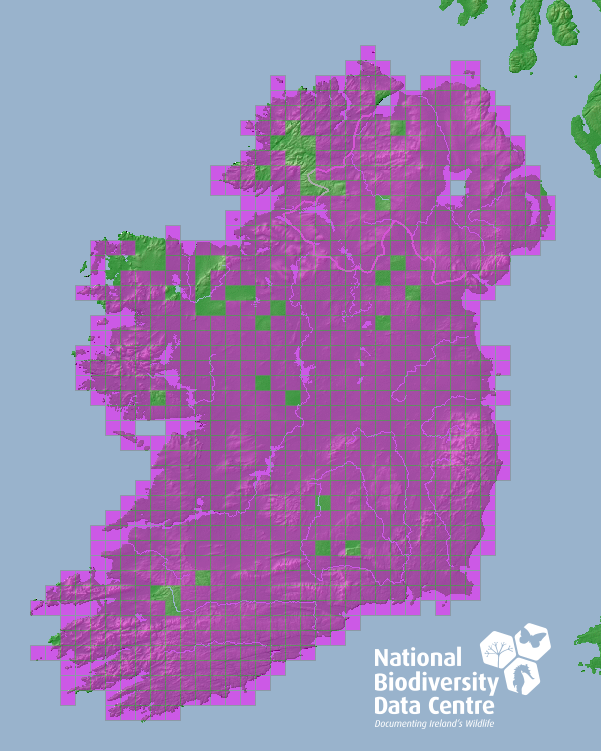 The Small Tortoiseshell is not afforded legal protection in Ireland.

Generalist on wide variety of habitats, including: tall herb and grassy forest clearings, fallow crops, field margins, urban parks and
gardens. Adults select sheds, attics or other similar sites for roosting prior to hibernation, and then choose these sites for hibernation. In spring, adults frequently roost low within nettle patches and bask on a variety of flowers (Bond & Gittings, 2008).

Bivoltine: overwintering adults appear on the wing as early as February in favourable weather, and continue until about mid-May, peaking in April. Summer adults appear about the end of June, and increase until late August and early September, when increasing numbers enter hibernation, with late specimens flying well into October (Bond & Gittings, 2008).

Eggs are laid on the underside of the near-terminal leaves of the foodplant, in clusters of about 80, with some eggs piled up on top of others. Small plants on the southeastern edge of nettle patches are most favoured. The young larvae live gregariously within the retreat, but as the plant becomes defoliated groups of larvae move to another plant to continue feeding. The silken structure becomes festooned with faeces, larval skins and plant fragments. Later the larvae become solitary. Feeding occurs both by day and by night. Prior to pupation the larvae disperse several metres to pupate suspended from vegetation about one metre above ground. Larvae occur mainly from May to June and again from July to August, but possibly in three generations in warm summers. This species overwinters as an adult (Bond & Gittings, 2008).

Small tortoiseshell is widely distributed in the northern hemisphere from the western European Atlantic to the Asian Pacific (Nash, et al, 2012).

Found throughout the country.