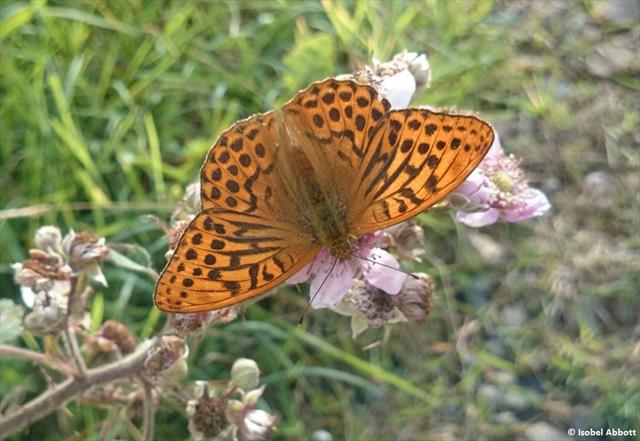 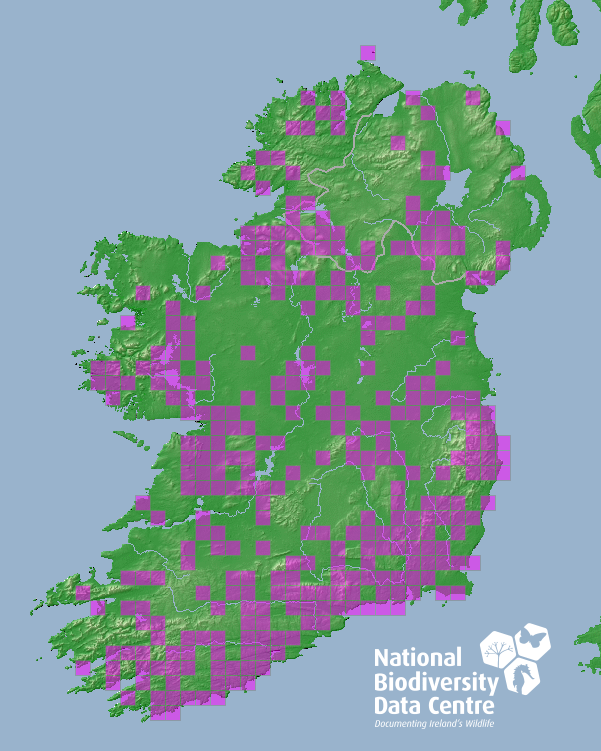 The Silver-washed Fritillary is not afforded legal protection in Ireland.

Generalist, found on tall-herb and grassy forest clearings, urban parks.The adults, which are powerful fliers, fly in sunny conditions or dappled sunlight in herb-rich woodland clearings and margins of woodland, frequently perching and feeding on flowers of tall herbs. Both sexes roost at the tops of trees at other times (Bond & Gittings, 2008).

Univoltine: from July to September.

Eggs are laid between the crevices of bark on trees at a height of 1.0-1.5 m. Sites are chosen that are not more than 2 m from the foodplant. After hatching in August, the larva eats part of the eggshell, but then moves to crevices in the tree-trunk to hibernate. In late March or April it becomes active and moves to a feeding site. The young larva feeds intermittently by day, feeding on young leaves and shoots; it also basks at times on nearby leaf-litter and soil. The older larva is more mobile and may travel some distance between feeding bouts. Pupation occurs about late May. The pupa is suspended from a silken pad, but the site of pupation in uncertain, but is thought to be on twigs and vegetation near the feeding site (Bond & Gittings, 2008).