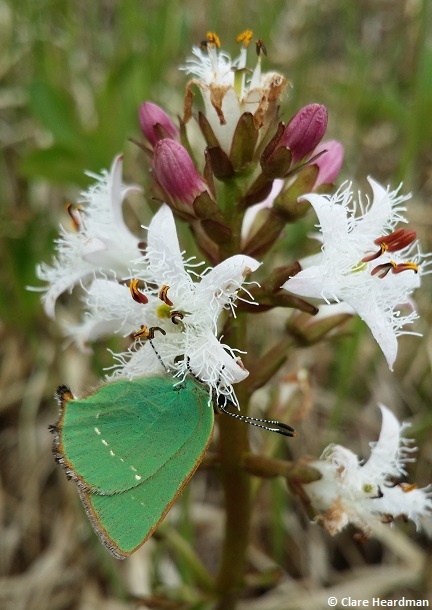 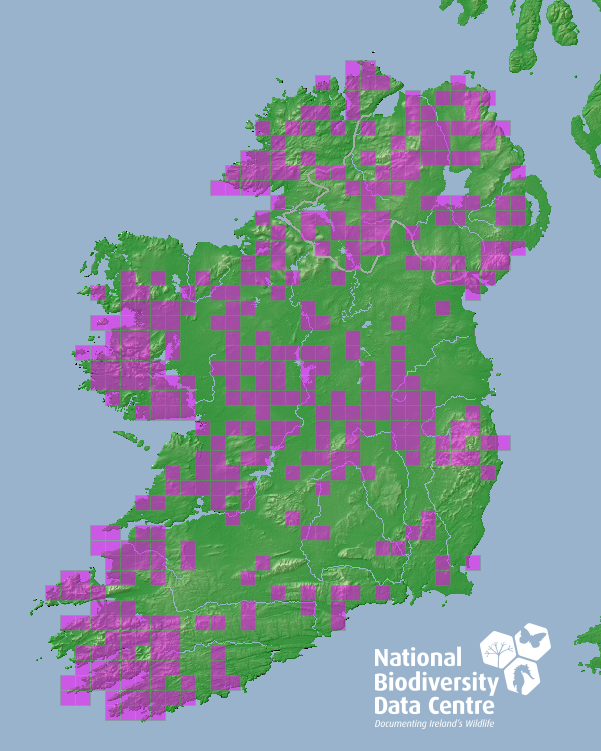 The Green Hairstreak is not afforded legal protection in Ireland.

Specialist, found on poor-soil scrub dominated by Gorse (Ulex spp.) and cutover bog. Adults spend much of their time sitting on leaves of trees and bushes with wings closed. Their cryptic colouration makes them very difficult to see when at rest, and the
species is probably much under-recorded as a result. Flight is rapid and erratic, the brief green flash being often the only indication of the presence of the butterfly. Males establish territories with a favourite perching site, fending off other approaching males and other flying insects. Females tend to fly over more open countryside, close to the ground, in search of egg-laying sites (Bond & Gittings, 2008).

Univoltine: from April to June.

Eggs are laid singly on the leaf-shoots or flower-buds of the foodplant; the eggs being placed in a leaf-axil or among buds. The larval stage occurs in June and July, after which pupation occurs among ground litter, the pupa being sometimes attached to a dead leaf by a silken girdle. It is often found covered by soil particles, apparently because ants attend it, probably because they are
attracted to glandular structures on the surface upon which they may feed. Overwintering as a pupa, with eclosion of the adult about the end of April (Bond & Gittings, 2008).

Specialist, in Ireland the most commonly reported foodplants are Gorse (Ulex spp.) and Bilberry (Vaccinium myrtillus).