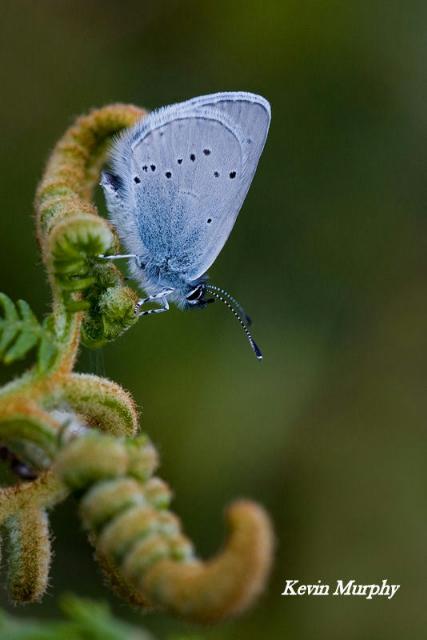 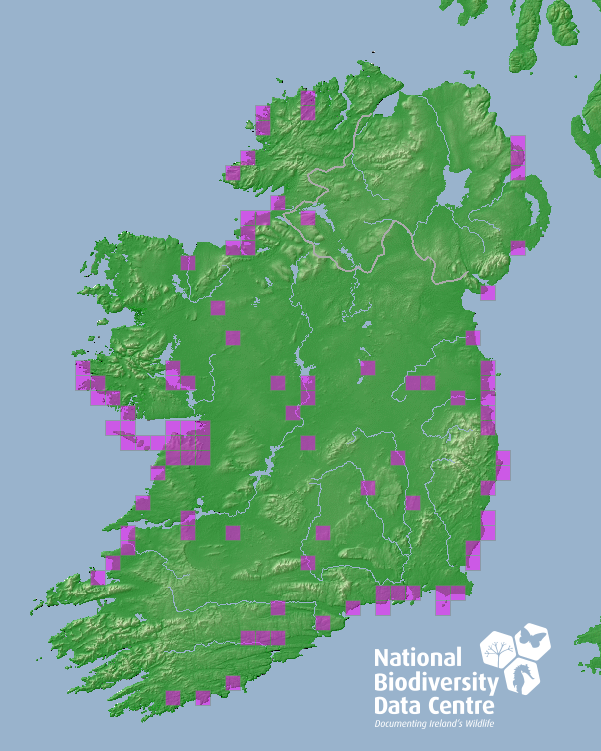 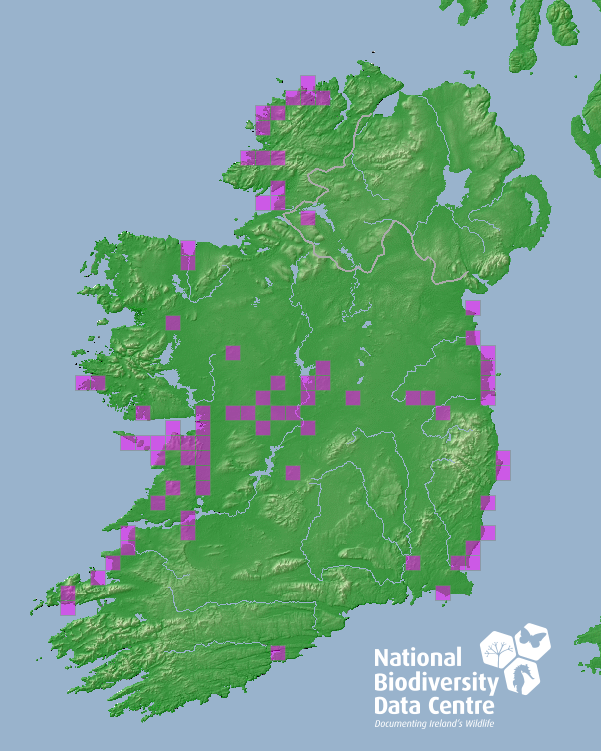 The Small blue is not afforded legal protection in Ireland.

Specialist, unimproved dry calcareous grassland, coastal grey dunes, machair, limestone pavement, calcareous moraine and scree. Adults fly in sunshine, but are sedentary for much of the time, the males basking with wings half-opened. Males, which are not territorial, spend much time perched on small shrubs or stems of long grasses, but the females tend to stay closer to the ground in the vicinity of the foodplant. In dull weather and overnight adults perch on grass stems or other vegetation about 1m above ground (Bond & Gittings, 2008).

Univoltine: May to July, with a partial 2nd generation observed in good years.

Eggs are laid on the calyx of a flower of the foodplant, usually tucked in and hidden among the adjoining calyces. Immature inflorescences are usually selected. The larvae emerge about late June and feeds first by boring through the calyx and corolla to feed concealed on the ovary and developing seeds. As it grows, it feeds with the posterior segments exposed. The young larvae can move to other flowers within the same inflorescence, and are cannibalistic when they meet. They are attractive to ants, but are not attended by them. They leave the foodplant about the end of July to enter diapause under it. Overwintering occurs in larval diapause, with pupation from late April onwards, the pupa usually being attached to a silk pad in moss, grass, or under a leaf. It is, however, believed that the pupa is sometimes buried in protective earth cells by ants attracted to it. The emerging adult appears not to be negatively affected by this (Bond & Gittings, 2008).

It occurs across Europe, eastward into Asia (Nash et al. 2012)

Locally distribution, mostly along the coast, but also found at some dry inland sites.