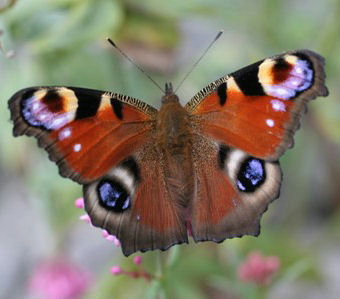 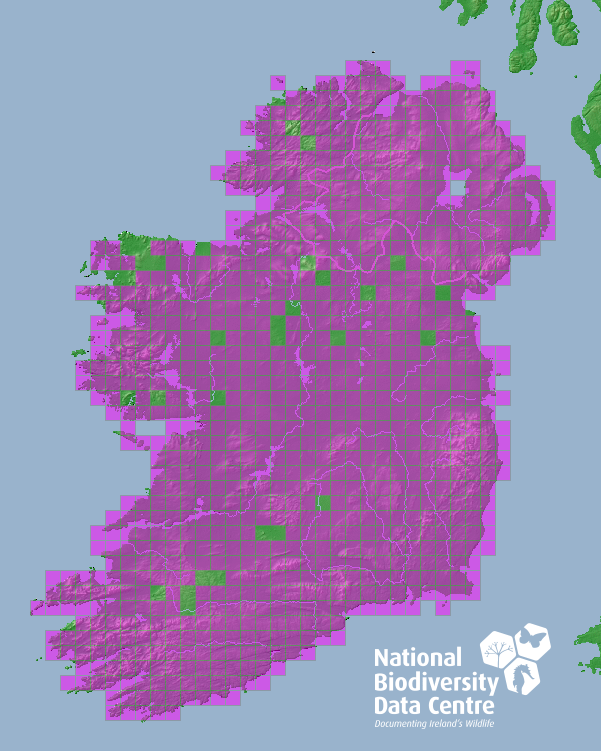 The Peacock is not afforded legal protection in Ireland.

Generalist, found across tall herb and grassy forest clearings, fallow crops, field margins, urban parks and gardens. Adults roost in holes in trees in autumn, and also during hibernation, when they may use other types of enclosed areas such as buildings. After emerging in spring they roost on sunlit dry ground, in thick, broad-leaved vegetation such as ivy. In autumn adults bask and feed
on various flowers (Bond & Gittings, 2008).

Univoltine: overwintering adults can fly as early as mid-March or even earlier, but are most frequent in late April and early May, continuing to early June. Summer adults appear from late July and become most numerous in mid-August to early September, gradually diminishing through late September, and occasionally flying as late as early November.

Eggs are laid on the underside of leaves of the foodplant, laid in clusters of 300-400 eggs, some piled untidily on top of each another.  The larvae hatch about the end of May and feed until pupation about the beginning of August. On hatching they spin together a few higher leaves of the foodplant and feed within these. As the leaves become fully consumed the larval group moves to an adjacent plant and forms a new web there. The webs fill up with faecal pellets and discarded skins. Later the larvae become solitary and feed exposed, still feeding both diurnally and nocturnally. Prior to pupation they leave the feeding site and wander several metres to pupate suspended from a silken pad about 1 metre above ground in vegetation. This species overwinters as a hibernating adult (Bond & Gittings, 2008).