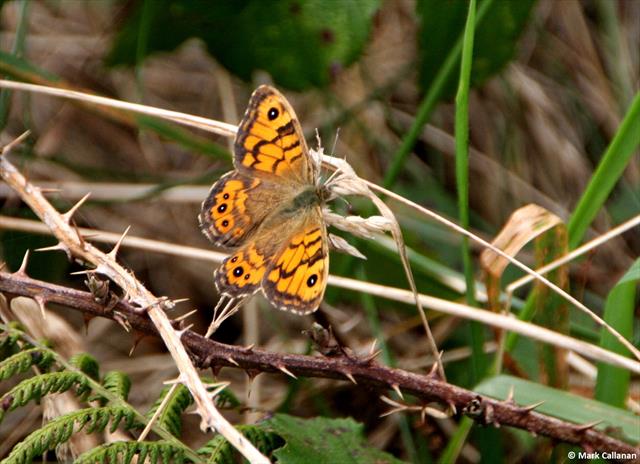 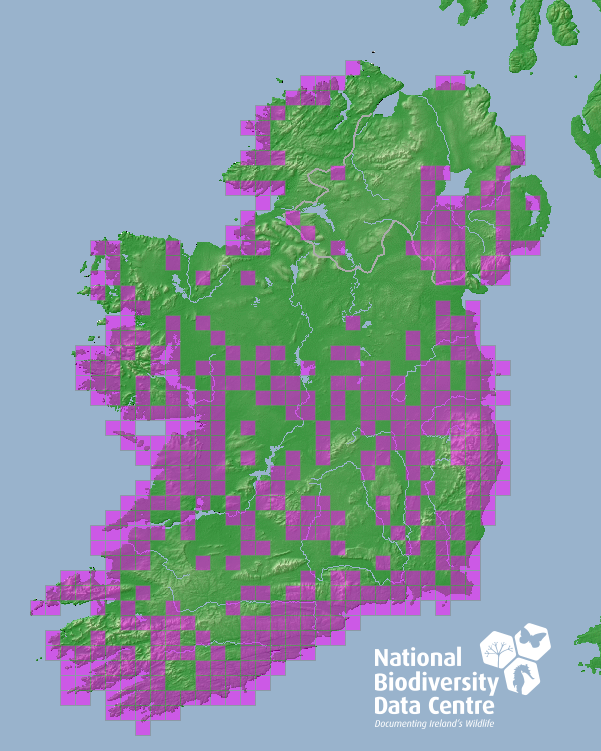 The Wall Brown is not afforded legal protection in Ireland.

Bivoltine: typically, the 1st generation flies from May to June, and the 2nd generation from July to September.

Eggs are laid usually on the tips of leaves, but sometimes on stems or exposed roots of the foodplant, occasionally on other plants. Sheltered and warm sites are selected. Summer larvae occur in late June and July, the later generation form late September onwards; but it is thought that in warm seasons some larvae pupate before winter. Overwintering larvae feed again for a short time in spring. The larvae pupate attached to a silken pad, usually under the foodplant and usually under overhanging leaves. Overwintering as a pupa, or possibly sometimes in larval diapause in grass tussocks (Bond & Gittings, 2008).