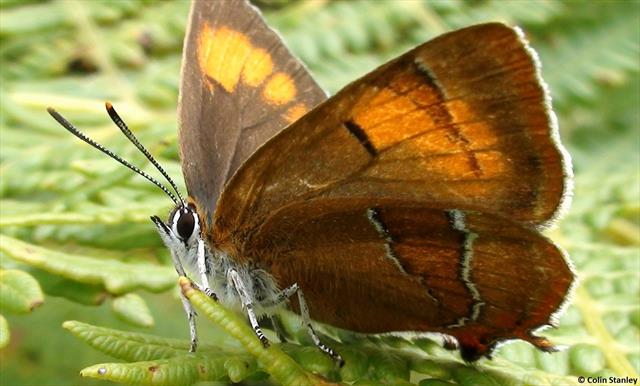 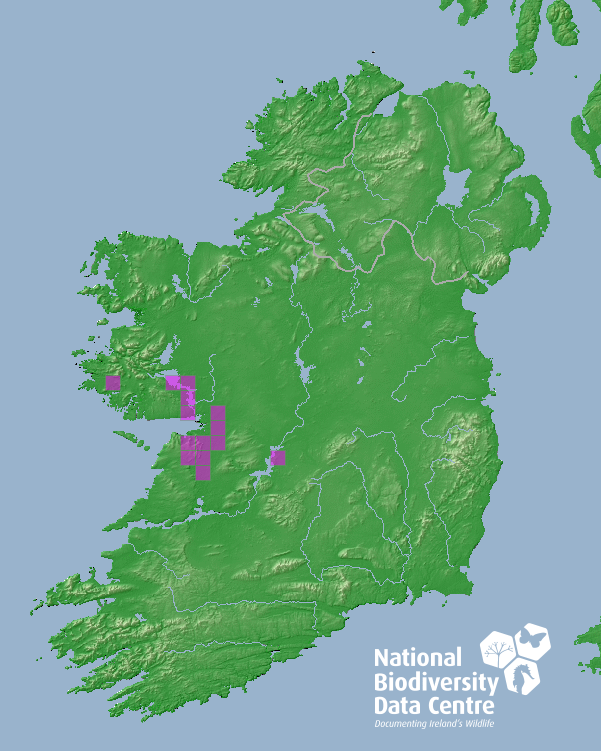 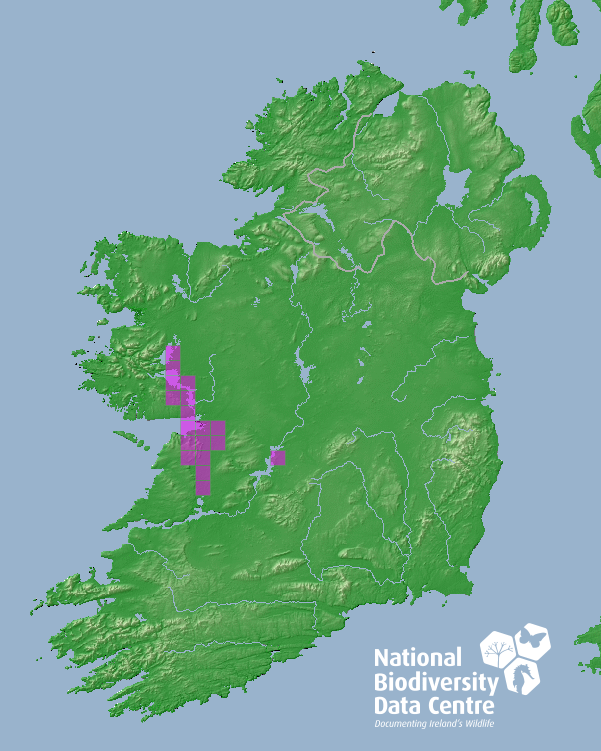 The Brown Hairstreak is not afforded legal protection in Ireland.

Specialist, found on rich-soil scrub and tall-herb forest clearings. Found only in the Burren and similar limestone pavements areas in Clare, Galway and around Lough Derg, Tipperary. Populations occur in warm south-facing, sheltered clearings where Sloe (Prunus spinosa) occurs with a wide range of height, adjacent to mature woodland. Many Irish sites occur on the margins of turloughs where low stunted Sloe bushes occur just above the winter shoreline. Males roost on leaves of trees high in the canopy, occasionally descending; large Ash (Fraxinus excelsior) trees are particularly favoured for assembling, and are referred to as “master trees”. The females tend to roost closer to the ground, often on Bramble (Rubus fruticosus agg.) flowers or foliage, and are therefore more often observed. In weak light the wings are held open, but in strong sunlight they tend to be closed (Bond & Gittings, 2008).

Univoltine: from July to September with peak abundances being observed in late August.

Eggs are laid on the upperside of a fork in the small branches or twigs of the foodplant, usually placed singly. Most eggs are found at a height of 0.2-1 m, but others can be found up to 2.5 m. The larva feeds initially on an opening bud of the foodplant, but later on the leaves. It feeds by night, returning to a silken pad spun on the leaf underside by day. Pupation occurs about June, in leaf detritus and this species overwinters as an egg (Bond & Gittings, 2008).