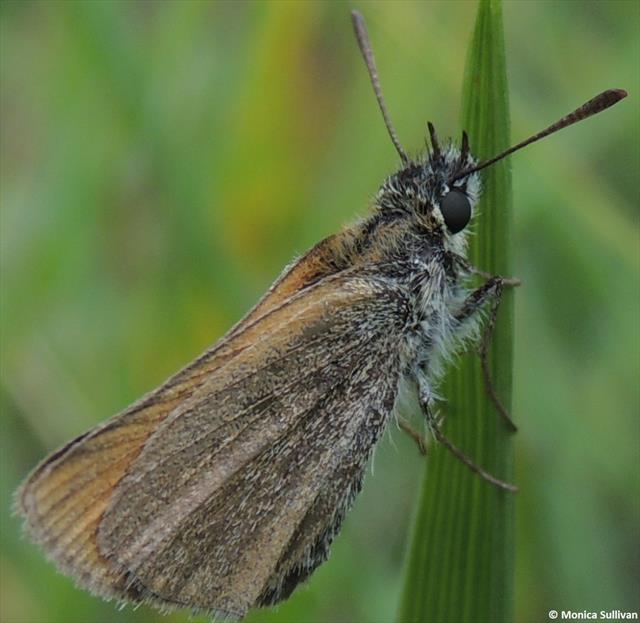 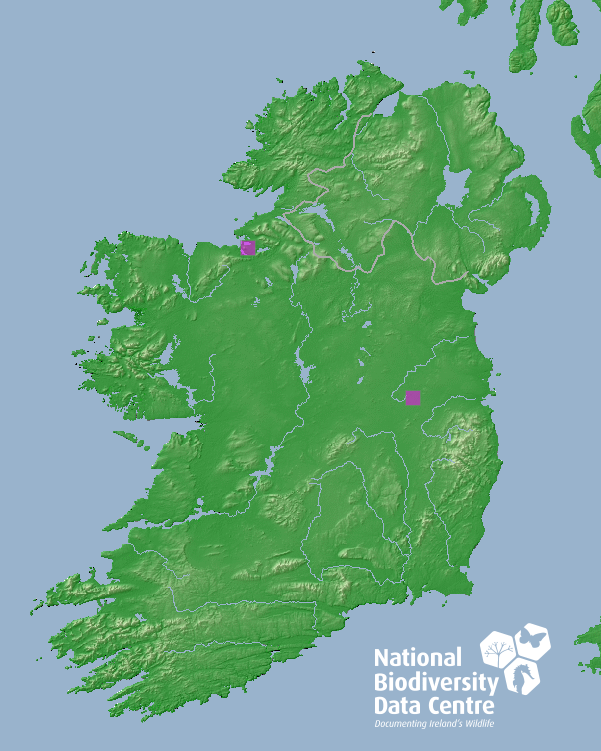 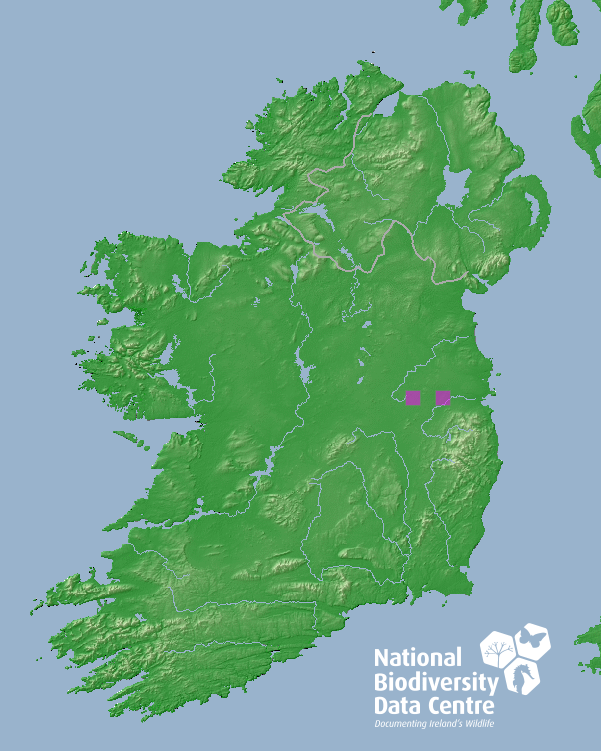 The Small Skipper is not afforded legal protection in Ireland.

Generalist, found on unimproved dry grassland and field margins. It was first recorded in Kildare in 2006 and this population is currently the only known established population in Ireland. Adults exhibit a strong preference for sheltered, sunny areas containing tall grassland with abundant flowers.  Lower numbers are found in open areas exposed to the wind (Harding & Jacob, 2013).

As many as eight eggs may be laid in a row inside a leaf sheath of the foodplant. The larva are non-gregarious and believed to emerge from in mid-April. The larva forms a tube by spinning together the edges of a leaf and feeds within the tube. As it grows larger, the larva feeds outside the tube, leaving characteristics notches in the grass blade. The larva will move to new leaves, creating new suitably-sized tubes, as needed. Pupation occurs at the base of the foodplant and this species overwinters as a pupa.