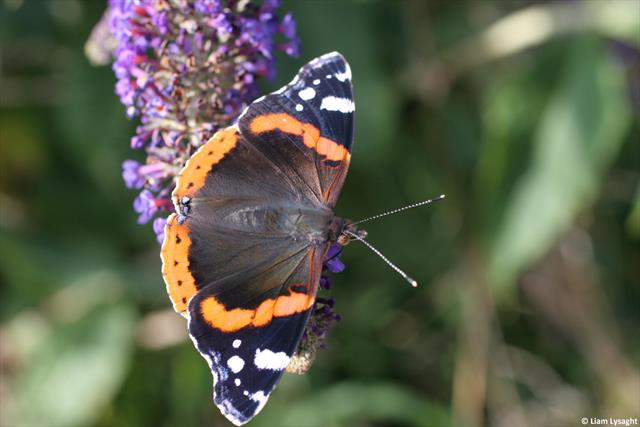 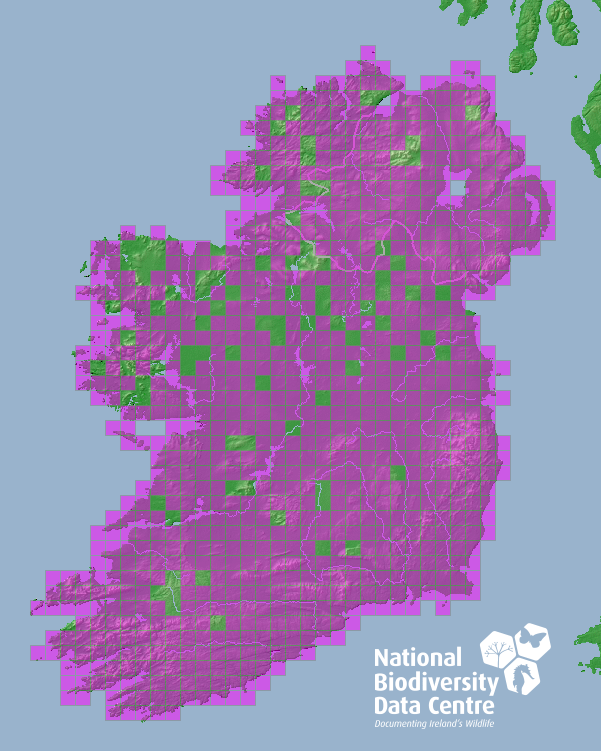 The Red Admiral is not afforded legal protection in Ireland.

Generalist on tall-herb and grassy forest clearings, field margins, urban parks and gardens. Adults fly rapidly in sunshine and bask on a wide range of flowers, especially purple ones; they also bask on warm surfaces such as sunlit walls. They roost on tree trunks and may also hibernate in this situation or in rabbit holes or sheds (Bond & Gittings, 2008).

Migrants can be seen in flight across the year, but less commonly in December.  The greatest abundances are typically observed between July and September.

Eggs are laid upright on the upper side of the leaves of the foodplant. The larva feeds non-gregariously on the leaves of its foodplant. It produces a tent-like structure by spinning together the outside of a leaf, and emerges from this to feed. Late autumn larvae are likely to be killed by frost. The larva may be found anytime from late June to autumn. Pupation occurs in late summer among spun leaves, with the pupa suspended on a silken pad. Overwintering, which probably occurs only exceptionally, is in the adult stage (Bond & Gittings, 2008).