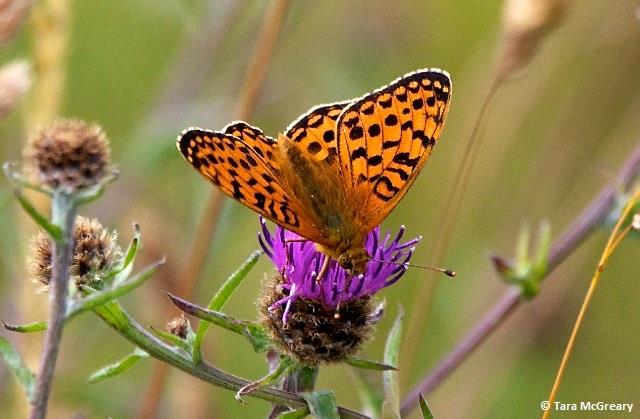 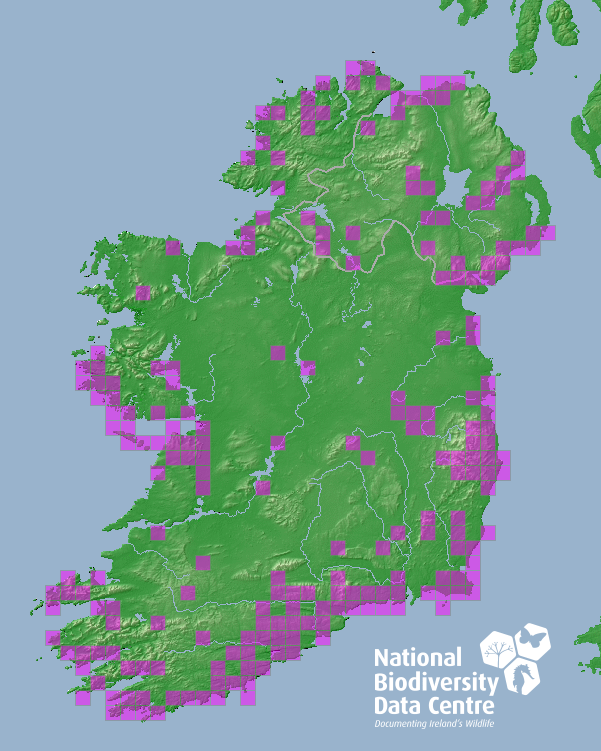 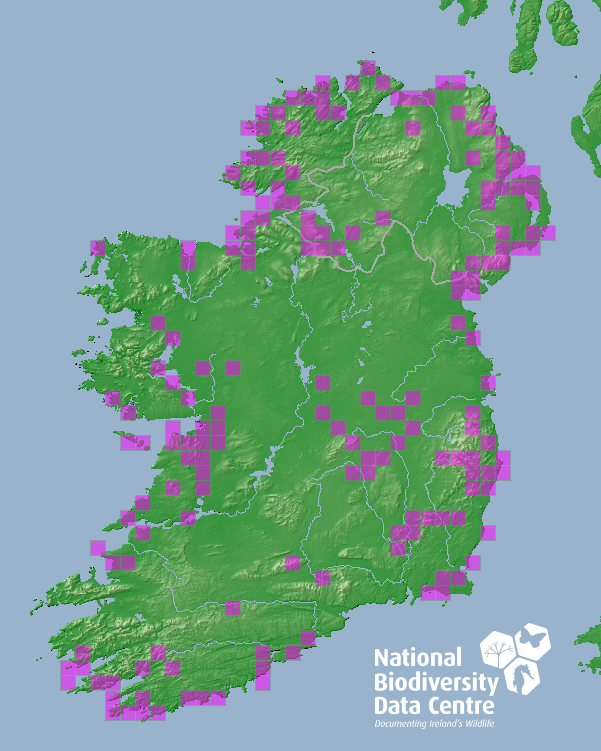 The Dark Green Fritillary is not afforded legal protection in Ireland.

Univoltine: from June to August.

Eggs are laid singly on live plants or on debris close to the foodplants. The larva on hatching in August eats the chorion of the
egg, but does not feed further and immediately enters diapause in leaf-litter. The larva commences feeding in the first warm days of spring, eating the leaves and often leaving just the stems. Pupation occurs in May, low down in vegetation, in a spun silken construction incorporating surrounding vegetation; within this the larva is suspended prior to pupation (Bond & Gittings, 2008).