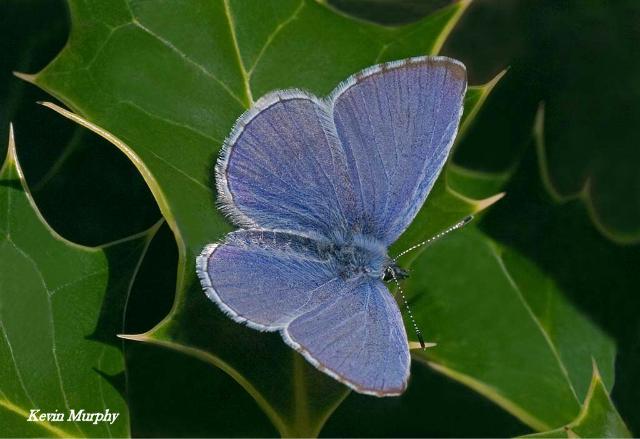 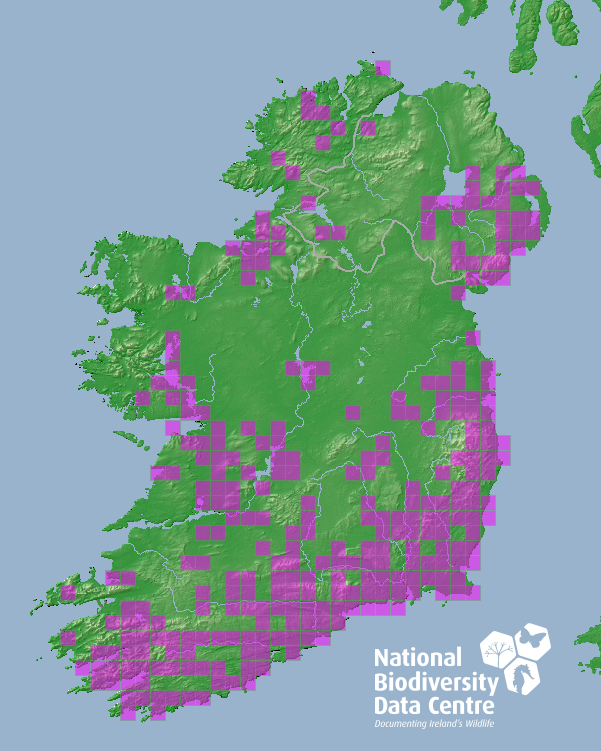 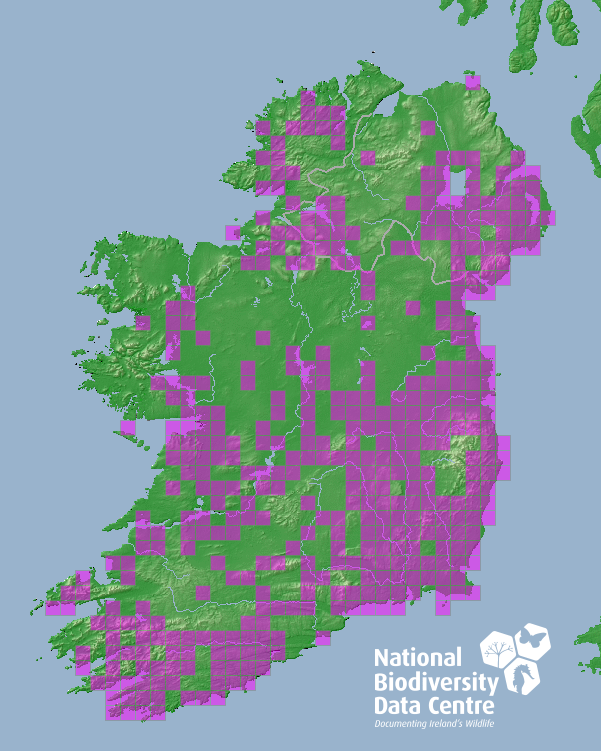 The Holly blue is not afforded legal protection.

Generalist, oak woodland, field margins, hedges, urban parks and gardens. Both sexes bask in sunshine on leaves of trees and bushes, with the wings half open. They also fly in sunshine around the tops of trees and bushes, the males occasionally descending to ground level to feed on damp surfaces. Adults spend much time perched on shiny leaves of species such as Holly (Ilex aquifolium) and Laurel (Laurus nobilis), where the shiny-blue of the wing underside makes them difficult to detect (Bond & Gittings, 2008).

Bivoltine: the 1st generation typically flies from April to May, with the 2nd generation in flight from July to September.  The 2nd generation is very rarely occurs in northern counties.  When conditions allow, partial 3rd generations have been recorded in Cork City and Dublin City (Bond & Gittings, 2008).

Eggs are laid at the base of an unopened flower bud of the foodplant. The larva feeds initially on the unopened buds of its foodplant, on Holly female plants later on the drupes, but on young and tender leaves on male plants, which are generally preferred. Feeding occurs in late May and June, and again from mid-August to September. Ants have been recorded attending the larvae. Pupation occurs July and again in October, in tangled roots and leaf-debris in Ivy, but firstbrood larvae may pupate on the  undersides of holly leaves. This species overwinters as a pupa (Bond & Gittings, 2008).

It is a Holarctic species found in Europe, Asia and North America (Nash et al. 2008).

Widely distributed in the southern half of the country, less widespread in the northern half.