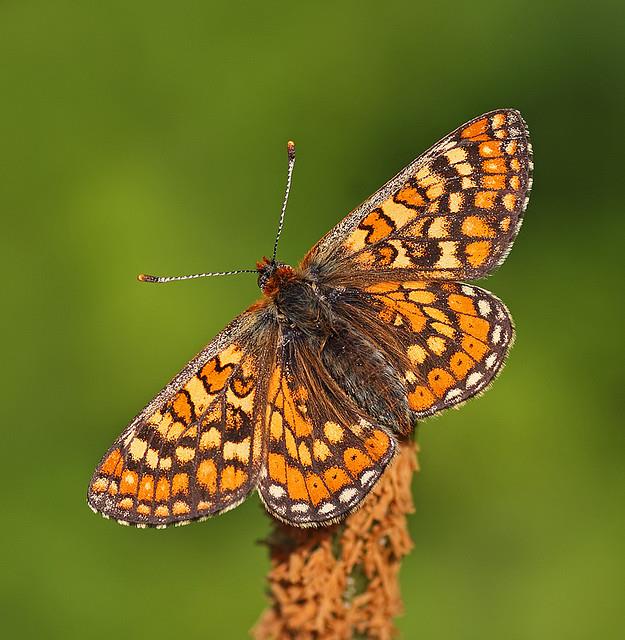 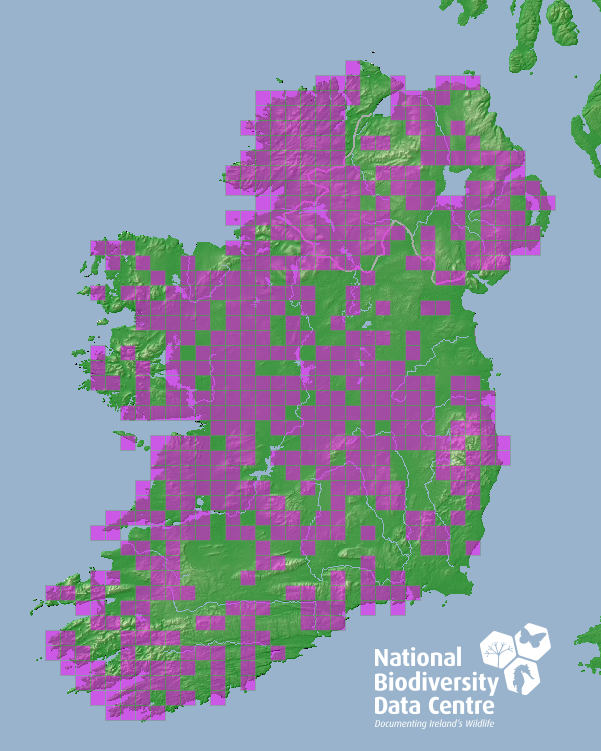 Univoltine:  from May to July.

Devi's-bit Scabious is widespread and abundant and occurs across a range of open habitats including but not limited to;

In the Article 17 Habitats Directive reporting for the period 2007-2012 Conservation Measures listed as in place or in the process of being implemented for this species in Ireland included;

In the 2010 IUCN European regional assessment the following Conservation Actions are suggested;

A widespread species, occurring from the Iberian Peninsula through most of Europe and across temperate Asia eastwards to Korea; found in most European countries (Kudrna et al., 2011).

The National Biodiversity Data Centre is trying to improve our knowledge on the distribution of Marsh Fritillary  in Ireland. Should you observe the species, please submit your sighting to add to the database. Detailed observations will assist us in gaining a better insight into where the species are most abundant in Ireland and we might also be able to detect regional variations. Please submit any sightings and photographs at:

Fossitt, J.A. A Guide to Habitats in Ireland. The Heritage Council. 2001