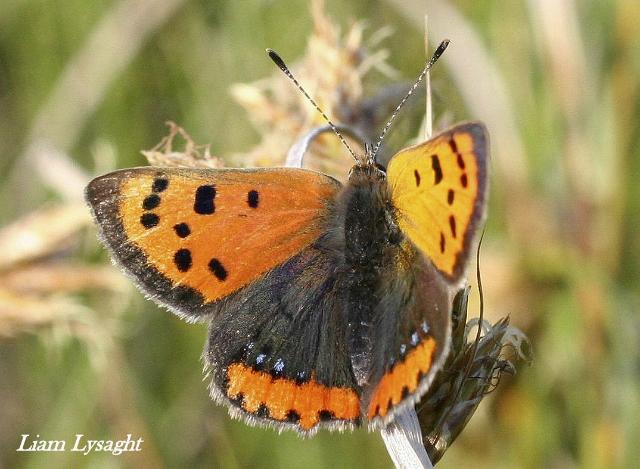 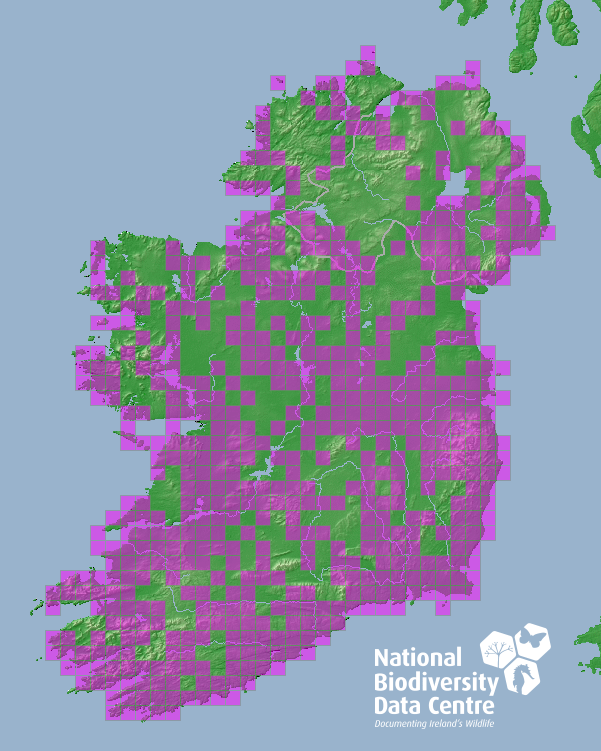 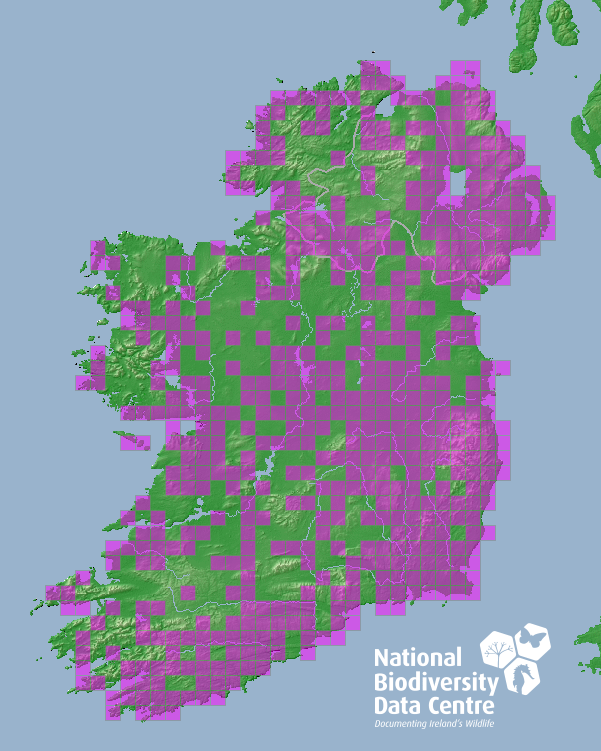 The Small copper is not afforded legal protection in Ireland.

Widespread: unimproved dry non-calcareous grassland, coastal grey dunes, fallow crops, cutover bog. Adults fly over open ground, especially where there are bare patches interspersed with low herbs. It flies only in sunny conditions, with a rapid, jerky flight. The male is more active than the female, which flies low over the vegetation searching for foodplants. Adults also bask on flowers; especially those of Compositae, from which males will fly up rapidly to confront passing butterflies (Bond & Gittings, 2008).

Bivoltine: 1st generation flies from April to June, 2nd generation from July to September, and an occasional 3rd generation in October in good years.

Specialist, the larva feeds on Common Sorrel (Rumex acetosa) and Sheep Sorrel (R. acetosella); possibly also on certain other Sorrels (Rumex spp.), on which it has been observed to feed in captivity (Bond & Gittings, 2008).

It is widespread and common across Europe, Asia, and North America, and also found in North Africa south through to Ethiopia.