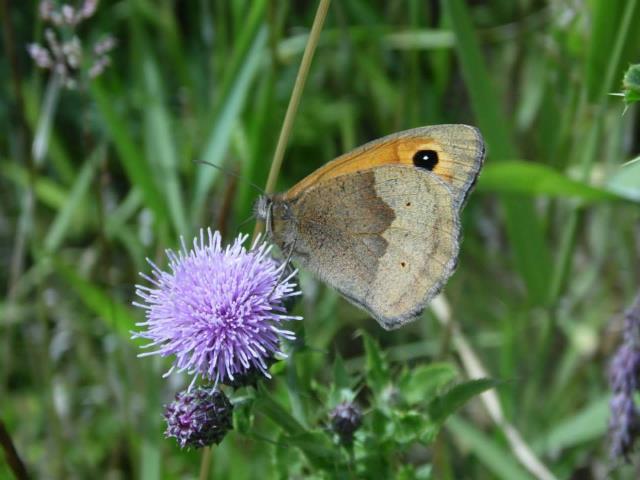 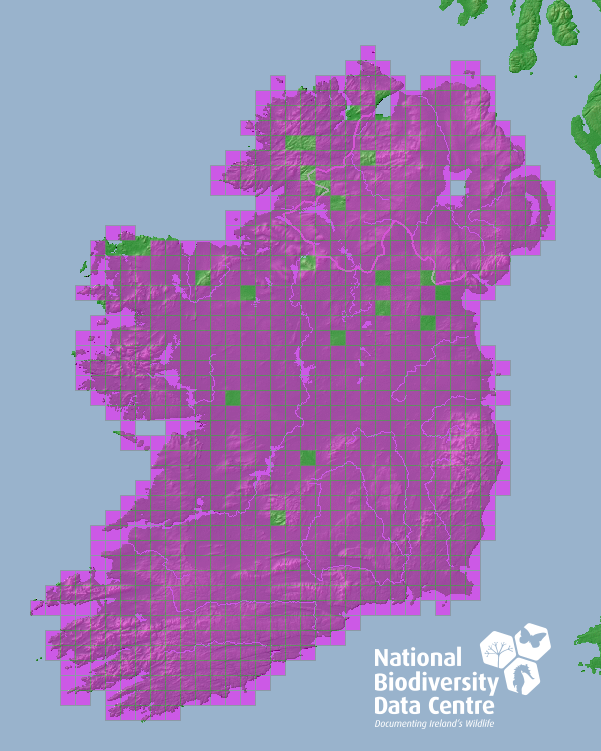 The Meadow Brown is not afforded legal protection in Ireland.

Univoltine: from May to September. Lack of synchronisation in larval development results in a prolonged flight season.

Eggs are laid singly on grass-blades but also often on dead vegetation or other nearby material. Several eggs are laid in a single bout on grass blades that can be quite close together. They then feed on the grass-blades from late September, with only partial winter diapause, until about the beginning of the following June. They feed by day until about March, after which they then feed after dusk, possibly partly as a result of the activities of insectivorous birds. When not feeding the larvae retreat to the bases of grass tussocks. Pupation occurs about the beginning of June, with the pupae hanging downwards attached to a silken pad on grass-stems or blades (Bond & Gittings, 2008).

Generalist, the larvae feed on a variety of grasses, but more commonly on Meadow-grasses (Poa spp.), Bent-grasses (Agrostis spp.) and Tufted-grasses (Lolium  spp.).