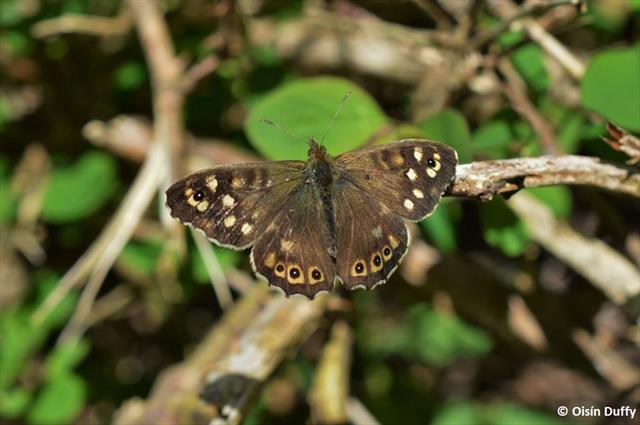 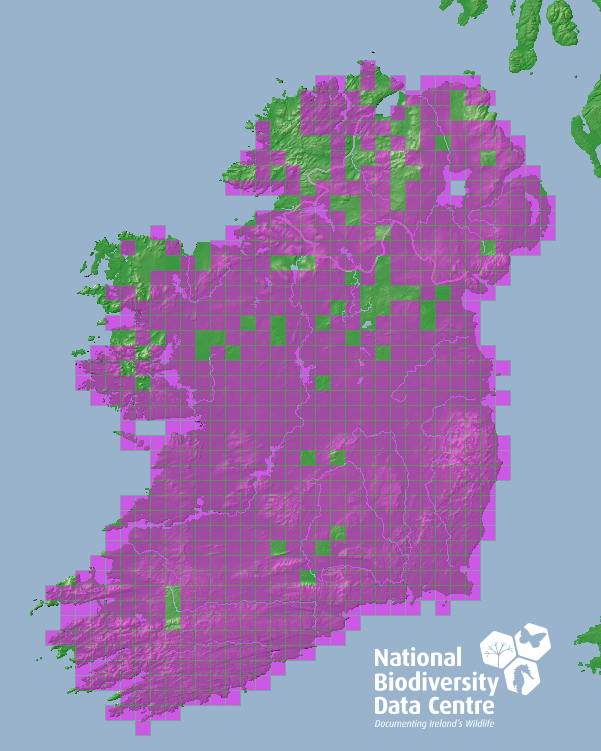 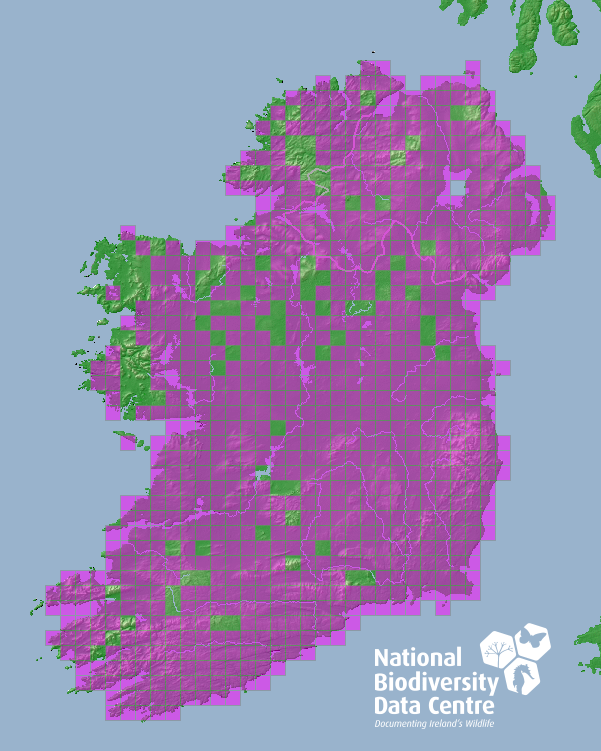 The Speckled Wood is not afforded legal protection in Ireland.

Generalist, found in tall-herb and grassy forest clearings,  field margins, orchards, urban parks and gardens. Adults bask, roost and fly in areas of dappled sunlight, on edges of woodland or close to hedges on the margins of roads and paths (Bond & Gittings, 2008).

Eggs are laid on the undersides of leaves of the foodplant, usually singly, occasionally in pairs. The hatching larva only sometimes feeds on the eggshell, but always stays close to it on the underside of the leaf, and feeds inwards from the leaf margin towards the midrib. After second instar, the larvae may wander between leaves. They feed intermittently both diurnally and nocturnally. During winter the larva usually spends larval diapause in the base of the grass stems, but is also capable of being active and feeding at temperatures above 6ºC.  This species is unusual in that is may overwinter as a larva or a pupa (Bond & Gittings, 2008).