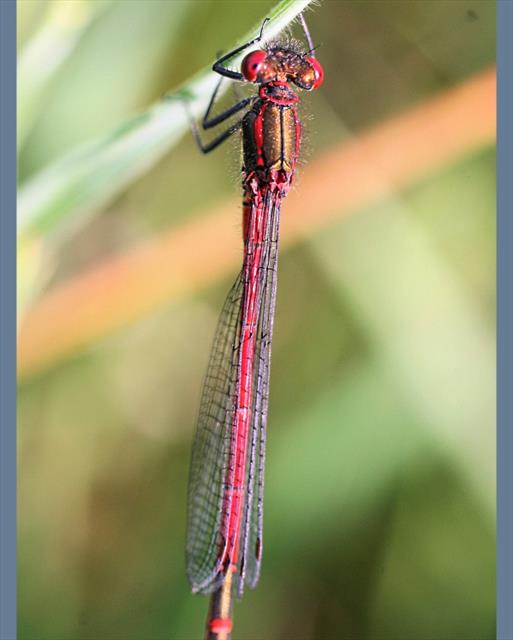 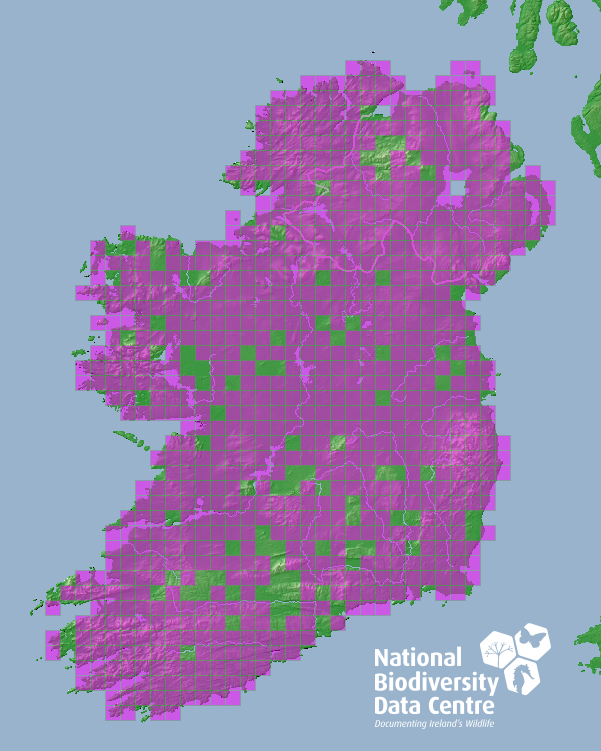 The population is not considered threatened.

Both sexes have bright, red eyes, a yellow underside of the thorax and a dark brown wing spot. They’re wings have a slight brown tint when immature but become clear when a mature adult. Males are vibrant red with black markings towards the tip of the abdomen. Both sexes have antehumeral marks that resemble an exclamation mark.

Females can exist in several different forms but are mainly distinguished by the amount of black they have on the dorsal surface of their abdomen. Their most common form is a darker version of the male.

They are not very territorial but can act quite aggressively towards other large red damselflies and also smaller damselflies, sometimes tackling them to the ground.

April to August, usually the first species on the wing, (occasionally March and/or September).

Very common all throughout Ireland, particularly the south west and north.